The Honda CB200X is a touring-friendly motorcycle based on the Hornet 2.0’s platform 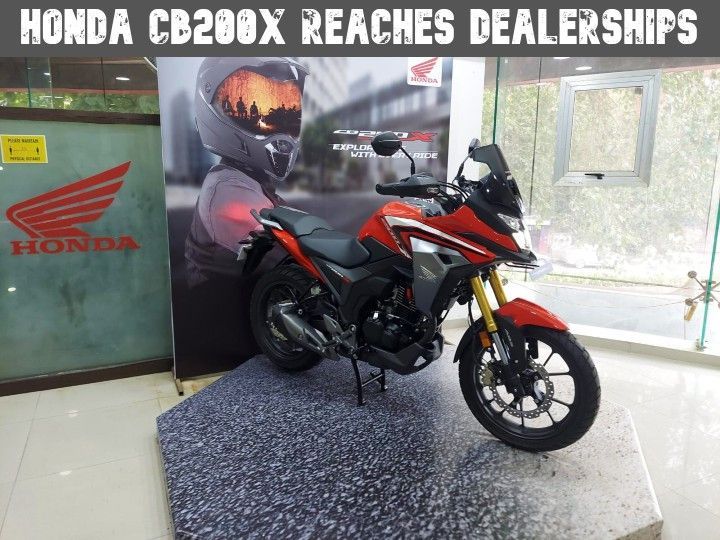 Honda launched its most affordable adventure tourer, the CB200X, last month. As promised, the motorcycle has started reaching the 'Red Wing' chain of dealerships this month, and the deliveries have now commenced too. We explain the nitty-gritty of this motorcycle in detailed images:

The overall design is properly butch; the CB200X does look the part (of an adventure tourer). The tank extensions are a lot beefier than the Honda Hornet 2.0, and the side and tail panels, too, are different from the naked.

The headlamp shape is similar to the streetfighter but is mounted on the half fairing itself. The small windscreen adds to the ADV appeal, while being practical enough to minimize wind blasts on the highways.

Honda has carried over the same LCD instrument cluster from the Hornet 2.0. Apart from the tell-tale lamps, it has a speedometer, a tachometer, dual trip meters, an odometer, clock, fuel gauge, and a gear position indicator. We’d have liked if Honda equipped the motorcycle with a smartphone-compatible, turn-by-turn navigation unit to complement its go-anywhere genes.

The knuckle guard-integrated LED indicators are a nice touch. Do note that the guards do not have aluminium braces.

Honda has also carried over the switchgear from the streetfighter to the ADV. The quality looks good, though.

The wide single-piece handlebar is raised for a more comfortable riding position.

Honda has beefed up the tank shrouds too, but its capacity remains the same at 12 litres. We’d have liked it if the fuel tank capacity was increased by a couple of litres to ensure a better riding range.

The split -seat setup has been revised for increased comfort. The rider’s seat is 810mm tall, which is 10mm more than the Royal Enfield Himalayan’s seat.

The Honda CB200X is powered by the same 184.4cc single-cylinder air-cooled fuel-injected motor as the Hornet. It even produces the same output figures: 17.26PS at 8500rpm and 16.1Nm at 6000rpm. The engine works in conjunction with a 5-speed gearbox.

The engine features a plastic cowl, which looks muscular but may not be strong enough like an aluminium bash plate when it takes a beating off the road. Even the ground clearance is the same as the Hornet, at 167mm.

The CB200X is suspended on the same inverted front fork as the naked, and it gets the same 276mm front petal disc with single-channel ABS. However, the 17-inch alloys are shod with 110-section front dual-purpose tyres for optimum grip on light trails.

The rear is a fat 140mm tyre, and is anchored by a 220mm petal disc, which is the same as the Hornet 2.0. The lack of ABS at the rear should help experienced riders slide around in the dirt. Like the naked, this one too gets the same preload adjustable monoshock at the rear.

The LED tail lap is shaped like an X, just like the Hornet. It goes well with this motorcycle's adventure-themed design.

All in all, the Honda CB200X is more of a road-biased touring motorcycle that appeals to the idea of adventure motorcycling rather than being an actual ADV. For Rs 1,44,500 (ex-showroom Delhi), we feel Honda could’ve done a lot more to justify the premium of around Rs 13,318 over the Hornet. Here’s what we think Honda could’ve done.