Honda India, Can We Get The CRF190L ADV Soon?

Considering it uses the same 184cc engine as the Hornet 2.0, it shouldn’t be too difficult to bring this bike here 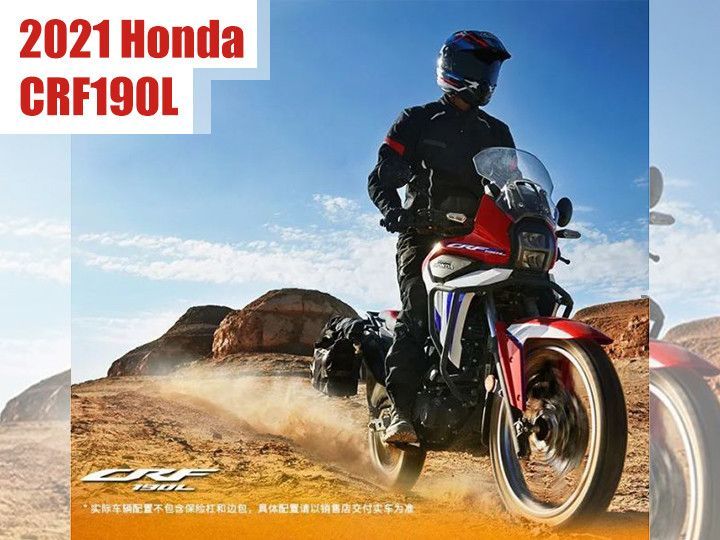 Sundiro Honda, Honda’s China arm, has launched a new adventure motorcycle on its 184cc engine platform: the CRF190L. This is the same engine platform that spawned bikes like the CBF190R and the CBF190X, which are the inspirations for Honda India’s Hornet 2.0 and CB200X.

The CRF190L sure looks like a pint-sized Africa Twin, especially with the traditional red, white and blue Honda graphics. It has a rather imposing stance. The enduro-like body work and the slightly scooped out single-piece seat heighten its sense of adventure-readiness.

At 830mm, it doesn’t have quite a tall seat height. It is 25mm lower than the KTM 390 Adventure and is just 7mm taller than the Hero XPulse 200. What’s quite impressive is the way Sundiro Honda has packaged this bike as it features a ground clearance of a whopping 240mm! None of the stock entry-level adventure motorcycles in India can boast of this figure. And at 145kg wet, it is freaking light too.

While Sundiro Honda has enabled the CRF190L with long-travel suspension (180mm of travel), it has only equipped the bike with a 19-/17-inch spoke wheel setup. While this setup is decent for soft-roading, we would have liked to see a 21-inch front wheel which would amp up its off-roading capabilities. Dual-purpose tyres and disc brakes at both ends are standard.

Will Honda India bring the CRF190L to India? Considering that it uses the same engine as the Hornet and the CB200X, bringing a third bike on this platform would not be a bad idea. What we really would like to know is whether Honda would go the whole hog and treat it like a proper adventure bike, something that is properly capable of giving the Hero XPulse 200 some competition. Then, it would make for a worthy competitor, rather than the CB200X.