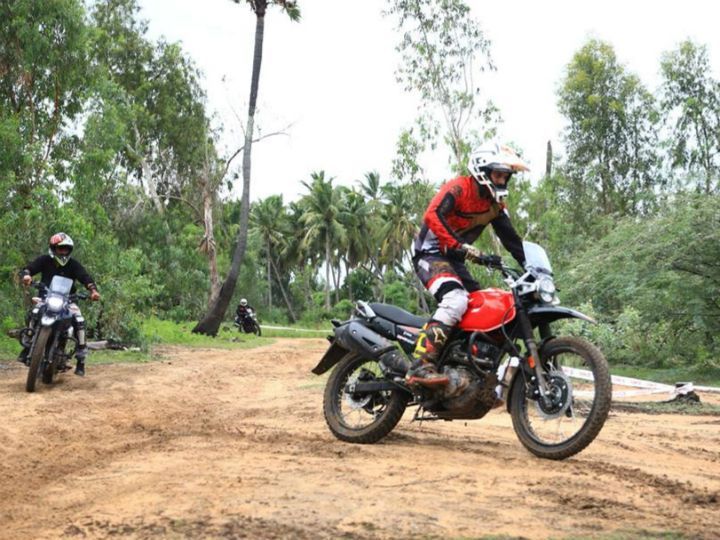 One of the reasons why the Hero Impulse didn’t do that well in the market was the general lack of awareness about the segment. Now with the launch of the XPulse 200, Hero MotoCorp intends to educate riders better about the genre by organising a special event for the bike. Called “XTracks – Live the Thrill”, the second iteration of the event was organised in Chennai yesterday. Those who don't own an XPulse can also come try their hand on the bike at the event.

Exploring unknown places using an ADV can be quite satisfying but it also comes with the inherent risk of doing it in a public place. In such cases, a closed track makes sense as it is the best place to explore the rider’s as well as the bike’s capabilities under proper guidance and in complete safety. Moreover, Hero MotoCorp now has the experience gathered from popular events like Dakar and Bajaj Rally and an initiative like this had to be the next obvious step. Here’s Hero MotoCorp’s official statement regarding the event:

Providing a unique and exclusive opportunity for the riding enthusiasts in Chennai, Hero MotoCorp, the world’s largest two-wheeler manufacturer, organised its much sought -after riding experience - XTracks – Live the Thrill – in the city today.

The one-of-a-kind ‘XTracks’ provides riders an exciting opportunity to experience the country’s most accessible adventure bike - all new XPulse 200 – in a specially-curated thrilling off-road zone.

In addition to showcasing the capabilities of Hero MotoCorp’s XPulse 200 in on-and-off-road terrains, the XTracks event also aims to impart critical skills to the enthusiasts, thereby enhancing their riding abilities. It makes riding more fun, and yet safe for them.

At the Xtracks Experience, participants are provided with a product and safety briefing that enable them to understand the capabilities of the bike and inculcate safe riding habits.

Following the briefings, riders are led on a specially curated on-and-off-road track by expert riders from Hero MotoCorp. The tracks include obstacles that help the riders test the characteristic features of the XPulse 200.

Chennai is the second location to host the multi-city event after Delhi/NCR. Each of these locations saw more than 500 bike enthusiasts attend the event. From Chennai, the XTracks will now move to Bengaluru, Kochi, and Pune.