Haval F7 And F7x Headed For India Launch By Early-2021

The SUV duo was unveiled at Auto Expo 2020 last week 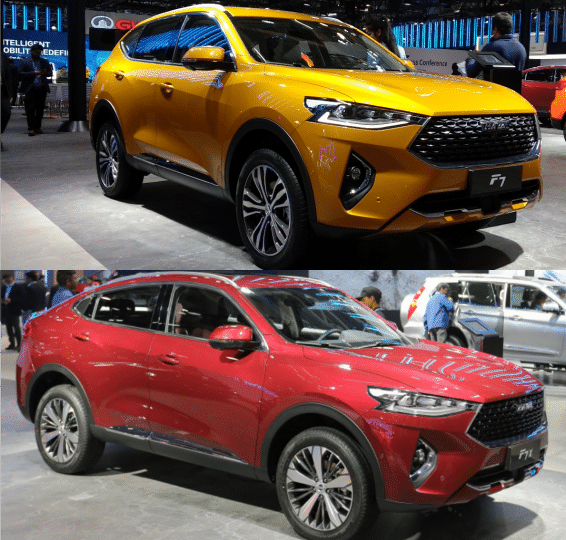 Great Wall Motors made its India debut with a bang at Auto Expo 2020. The carmaker’s varied offerings ranged from budget EVs to full-size SUVs. Under its sub-brand Haval, GWM showcased the F5 and F7 SUVs as well as the F7x, followed by two concepts. It is no secret that GWM intends to set foot in India with the Haval brand. Now, we’ve got exclusive information that Haval will introduce Indianised versions of the F7 and the F7X by early-2021 in India.

The F7 is a mid-size 5 seater SUV that will take on the MG Hector and the likes. Meanwhile, the F7x is nothing but the SUV coupe iteration of the F7. We’ve got reasons to believe the F7 will most likely be Haval’s debut offering for India.

The F7 is a good-looking SUV in the flesh, but we aren’t too sure about the F7x’s coupe rear.  What both the SUVs have in stock is presence combined with sleek design elements as well as LED headlamps and tail lamps. The F7 measures 4,620mm in length, 1,846mm in width, and 1,690mm in height, positioning it right up there with the competition.

Both the F7 and F7x are equipped with two petrol engine options abroad: a 1.5-litre unit and a 2.0-litre unit. A 7-speed dual-clutch automatic is mated to these engines with the options of front- or four-wheel drive. The smaller engine develops 150PS and 280Nm while the 2.0-litre petrol engine puts out 190PS and 340Nm. Since Haval has informed us that these SUVs will be Indianised before launch, it’s safe to expect a manual gearbox and a diesel engine.

It is too early to comment on the pricing but we expect the F7 to retail between Rs 15 and Rs 20 lakh in India. The F7x, on the other hand, might carry a premium of Rs 1 lakh over the F7. The F7 will rival the MG Hector, Tata Harrier, and Hyundai Tucson. Being an SUV coupe, the F7x will not have a direct competitor in India.