Haval showcases its latest SUV, the F7, in India at Auto Expo 2020 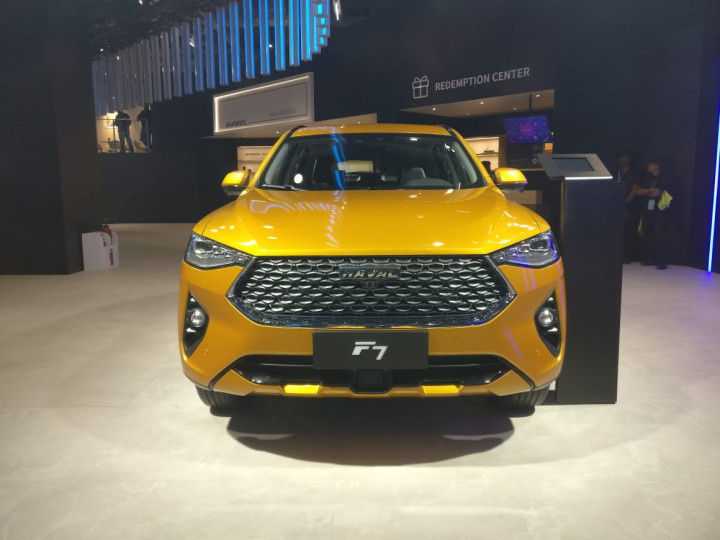 The Great Wall Motors-owned SUV manufacturer Haval has showcased the F7 SUV in India at the ongoing Auto Expo 2020. The F7 is a mid-size SUV powered by 1.5-litre and 2.0-litre turbocharged petrol engines internationally. If launched in India, the F7 will be a Tata Harrier and MG Hector rival. Prices are expected to be around Rs 15 lakh.

On the outside, the F7 features aggressive styling and an upright stance. A large grille occupies most of the front fascia, with chrome elements around the fog lamps and on the bumper. The narrow headlamps have projector lamps. In profile, the F7 has a straight window line, which sharply rakes upwards behind the B-pillar.

Inside, you are greeted by a large 9-inch infotainment system. The entire centre console is angled towards the driver -- reminiscent of new Volkswagens. The flat-bottomed steering wheel features controls for audio and voice as well as cruise control.

Under the bonnet, the F7 is offered with the option of two engines internationally. The 1.5-litre turbo-petrol makes 150PS of power and 280Nm of torque. A more powerful 2.0-litre petrol unit churns out 190PS and 340Nm.

The F7 also comes with some active safety and assistance features in other countries, such as forward collision warning, auto emergency braking, and adaptive cruise control.

Haval’s lineup consists of closely placed SUVs encompassing the compact, mid-size, and full-size segments. The F7 is a looker with powerful engines to boot. We can't wait to have a go in it.