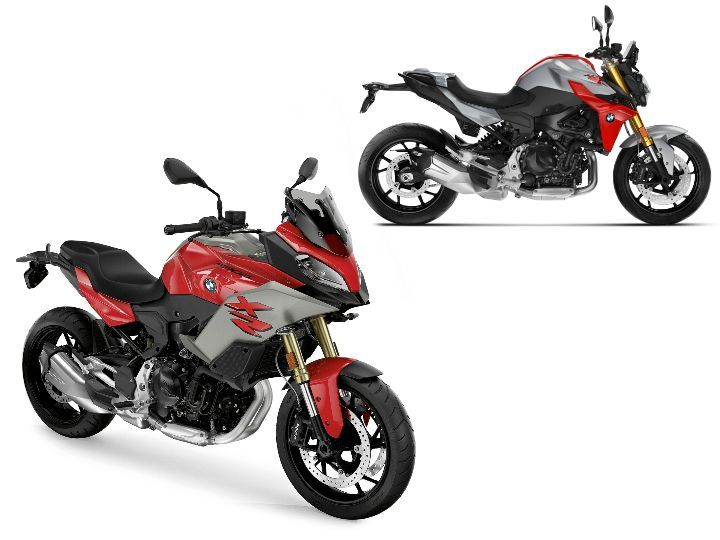 Amidst the showcasing of the new S 1000 XR and the R 18 cruiser, BMW also introduced two new bikes that employ an upsized 895cc parallel-twin motor – the F 900 R and the F 900 XR. BMW is a brand that likes to cover all its bases and for a long time, it did not have a modern middleweight naked capable of taking on the likes of the KTM 790 Duke and the Triumph Street Triple series. The F 900 R is BMW’s contender in this hotly contested segment. The XR, on the other hand, is a full-fledged sports-tourer.

As previously mentioned, powering the two motorcycles is a 895cc parallel-twin engine. It is a bored out version of the 853cc motor that is found on the F 850 GS. The new engine makes 105PS and 92Nm while being Euro 5-compliant. Compared to other middleweight nakeds, the F 900 R is in the lower end of the power spectrum with the likes of the Kawasaki Z900 and the Triumph Street Triple RS pumping out more power. However, the F 900 R and the XR, are loaded to the brim with electronic aids.

BMW’s nakeds usually look beefy and this one is no different. With its sharp cuts for the fuel tank shrouds and oval-ish LED headlamp unit, the F 900 R gives off a muscular vibe. The rear end does not feel as proportionate but it is not like the G 310 R where the rear section is very slim in comparison to the whole bike. The single-piece seat with an upright riding stance should appease those who like go two-up riding.

The F 900 XR is a derivation of the Concept 9cento shown in 2018. Much like the S 1000 XR, the F 900 XR too is a sports-tourer with adventure motorcycle fairing and 17-inch alloy rims. It gets a USD fork of the long-travel type. On the Pro variant, the rear monoshock is electronically adjustable allowing the rider to alter the preload and rebound settings without fiddling around with special tools.

Both motorcycles are expected to make their India debut around mid-2020. Prices for the F 900 R are likely to begin from 11 lakh while the F 900 XR could cost around Rs 12 lakh (ex-showroom India).