New BMW F 850 R To Be Showcased At EICMA

The F 850 R features an all-new design, motor and may even get a couple of electronic rider aids 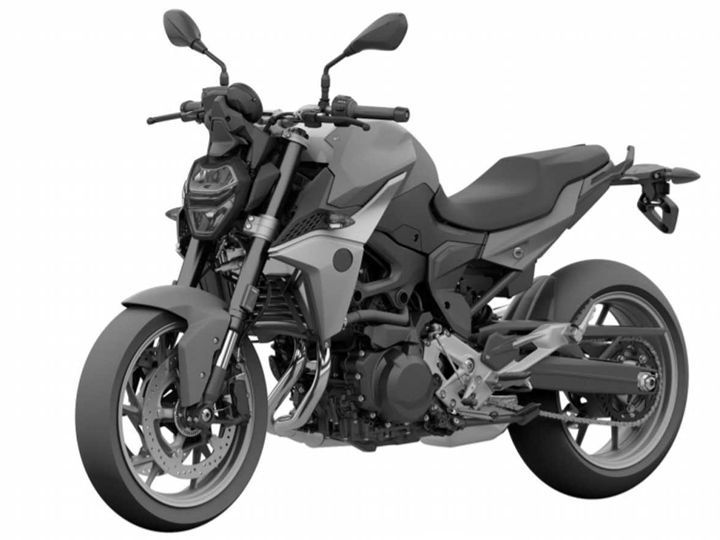 We had earlier reported BMW’s plans of unveiling four new motorcycles at EICMA this year. While we’re confident that one of them will be a cruiser, the R18 to be precise, the remaining three were purely speculative. Now though, leaked patent images suggest the second bike in the lineup could be the all-new BMW F 850 R.

There’s a lot that seems to have gone into the roadster, from an all-new design to a parallel-twin motor borrowed from the F 850 GS that’s currently on sale in India. That said, we can expect the engine to be Euro-5 compliant and tweaked to produce more power towards the top. Let’s not forget, the F 850 GS already gets a couple of electronic rider aids as standard, so to see some of them being carried over to the F 850 R wouldn’t be surprising. As for the motor, the 853cc, parallel-twin unit that powers the F 850 GS produces 90PS of power at 8000rpm and 86Nm of peak torque at 6250rpm.

On the design front, the bike draws inspiration from the R 1250 R and the BMW Roadster concept showcased a couple of years ago. The outcome is an aggressive design language with a well-sculpted tank and sharp tank extensions. Then there’s the sleek all-LED headlight that sits lower and closer to the fork. The images also showcase a semi-digital instrument console, however, it is highly likely to get a full digital just like in the F 850 GS.

And if the ADV is anything to go by, we can also expect a standard and a premium Pro variant of the F 850 R. The former is likely to get the standard suspension setup while the Pro version may feature an upside down fork and an electronically adjustable rear monoshock. Additional equipment such as DTC (Dynamic Traction Control), gear shift assistant Pro, keyless ignition and RDC (tyre pressure control) may be offered as optional extras.

Pan to the rear and you’ll notice a stubby tail section that looks like a sportier derivation of the G 310 R. The redesigned exhaust had been moved to the right-hand side of the bike and looks a lot smaller compared to the bulky unit on the existing bike sold overseas.

At present, the BMW F 850 R is only available in the international market, however, we can expect the bike to be offered in India in the first half of 2020. This will also allow the Bavarian brand to compete in the growing mid-displacement streetfighter segment, which is currently occupied by the KTM 790 Duke, the Suzuki GSX-S 750, the Kawasaki Z900, and the soon-to-be-launched 2020 Triumph Street Triple RS. Expect the F 850 R to be priced around Rs 12 lakh (ex-showroom).