The Bajaj Platina ComforTec with LED DRLs will be available across all showrooms for a price of Rs 46,656 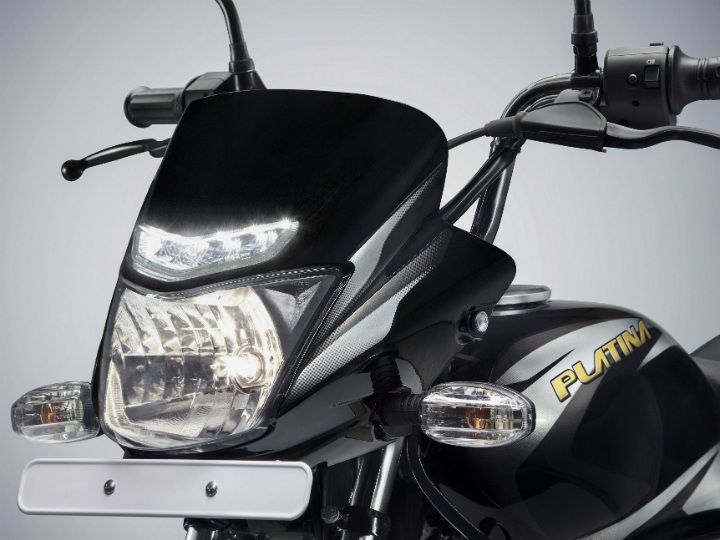 Bajaj Auto has given a minor update to the Platina ComforTec, and no there are no changes made to the engine. The Bajaj Platina ComforTec now comes with LED Daytime Running Lights, making it one of the few motorcycles in the 100-150cc segment that offer this feature. The LED DRLs will help the commuter in consuming 88 per cent less power, making the battery last four times longer. Bajaj has set a price of Rs 46,656 (ex-showroom Delhi) for the updated model that is available in two different colours - Ebony Black with Silver decals and Cocktail Wine with Red Decals.

It packs a 102cc single-cylinder engine, which produces 7.9PS of power at 7500rpm and 8.34Nm of torque at 5500rpm. Known for its commuter pedigree, the Bajaj Platina ComforTec has a claimed mileage of 104kmpl which is among the highest for any motorcycle on sale in India. The ComforTec technology on the Platina reduces jerks by up to 20 per cent, thanks to its 28 per cent longer front suspension and 22 per cent longer rear suspension.

This newly launched Bajaj Platina ComforTec will go against the likes of the Hero HF Deluxe, TVS Sport and the Hero Splendor Plus.