Gets a gear position indicator, a semi-digital instrument console and more! 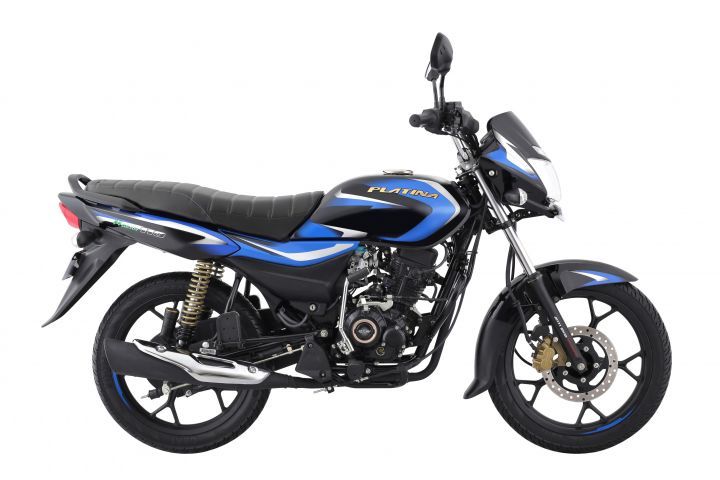 The most important update on the Platina H-Gear is that it now comes with a 5-speed gearbox, the first in its segment to have this feature. Bajaj has also finally equipped the Platina 110 with a front disc brake, tubeless tyres and anti-skid braking system which applies braking force on both wheels. Our sources have also mentioned that Bajaj might also launch a kick-start-only variant of the bike in the near future. Other than all the aforementioned updates, the motorcycle remains unchanged.

The second biggest update here comes in the form of a gear shift and gear assist indicator. This not only shows what gear you’re in but also suggests if you should shift up or down for better fuel efficiency. This is showcased on the bike’s all-new semi-digital instrument console, which also displays the tripmeter, odometer and fuel range indicator.

It should be mentioned that the ‘H-Gear’ functionality features isn’t seen even on premium motorcycles like say the Honda CB300R, let alone 110cc commuter offerings. We will have to test ride the motorcycle to see if it is more than just a gimmick or whether it actually helps less experienced riders and newbies.

Powering the Platina 110 H-Gear is still the same 115cc single-cylinder, air-cooled engine which is likely to produce the same 8.6PS of power at 7,000rpm and 9.81Nm of torque at 5,000rpm. Suspension duties are handled by a telescopic fork at the front and nitrox dual shock absorbers at the rear.