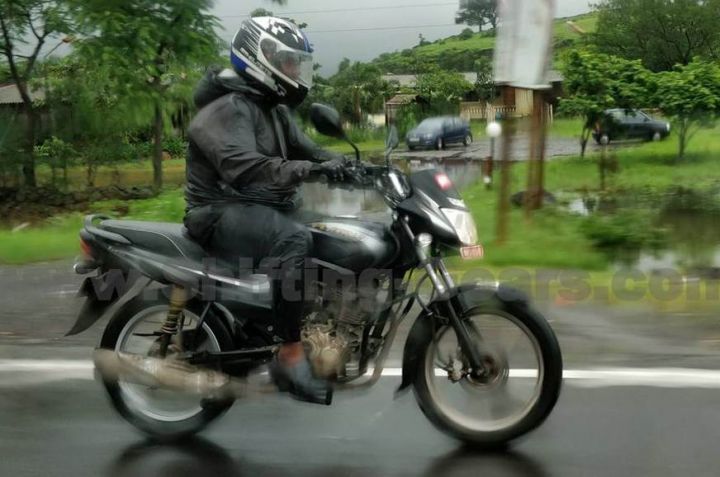 Bajaj’s entry-level commuter motorcycle, the Platina ComforTec, has been spotted testing with a bigger 125cc motor. What’s also worth mentioning is that the spy shots suggest that the 125cc variant will feature a front disc brake rather than a drum unit seen on the 100cc variant.

As far as the design is concerned, the Platina 125 is likely to look identical to its smaller brother. Although it retains the same boxy headlamp cowl with LED DRLs and contrast piping for the seat, it does get a few additions such as a new ‘125’ badge on the tail panel.

The bike caught testing seems to be equipped with the same 125cc engine as the Discover 125, albeit with a gold-coloured casing instead of dark grey. The 124.5cc motor makes 11PS of power and 11Nm of torque when compared to the 100cc variant of the Platina, which produces 7.9PS and 8.34Nm. The engine is expected to be mated to a 5-speed gearbox unlike the 100cc Platina, which gets a 4-speed unit. The additional cog should make highway runs a lot less stressful for the motor.

The rest of the bits on the Platina 125 seem to be the same as the 100cc variant, including the paint scheme and body graphics. It even shares components such as the silver alloy wheels, telescopic front forks and rear Spring-in-Spring (SNS) shockers as the existing model.