Finally, You Can Now Ride Home The All-electric Bajaj Chetak!

Bajaj wants you to be a part of its EV revolution 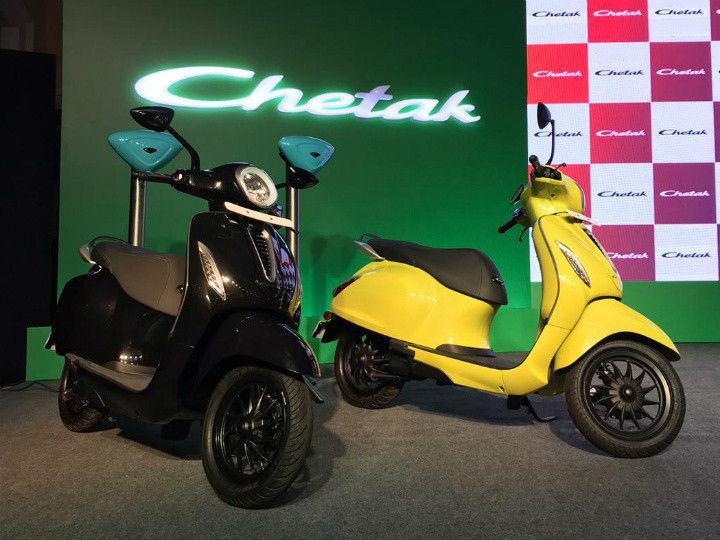 Ladies and gentlemen, the wait is over! Bajaj has finally launched the all-electric Chetak in India at Rs 1 lakh (ex-showroom) for the base Urbane variant, whereas the top-spec Premium is priced at Rs 1.15 lakh. The two variants have some cosmetic differences and one major mechanical one: The Premium variant comes with a front disc. The Chetak will be sold through Probiking dealerships along with KTM and in a few weeks, these dealerships will also start selling Husqvarnas. Bookings for the electric Chetak are open on its official website, and deliveries will begin in a few weeks. The Chetak will hit showrooms in Pune first followed by Bengaluru.

You might have read about each and every tiny detail about the Chetak by now. However, for those who haven’t seen or read anything about it, here’s a quick refresher. The Chetak looks like a modern version of its predecessor (or Vespa, if you will). But there are some brilliant new-age features that help it stand apart. For instance, it gets LED lights all around, an electronic key fob, riding modes, a USB port, a start/stop button, and a fully digital instrument cluster with Bluetooth connectivity. Moreover, it comes with a 'Kick Down' mode, which switches from Eco mode to Sport mode if when overtaking and then switches back to Eco. Smart, isn't?

The Chetak is powered by a Bosch-developed 4kW motor that churns out 16Nm of torque. And oh, it gets a geared transmission instead of a belt drive like the other electric two-wheelers out there. For added convenience, the Chetak comes with a reverse gear, which should make it easy to take out of tight parking spots. It gets a single-sided trailing link suspension at the front and a monoshock at the rear. Braking hardware consists of a disc brake up front and a drum at the rear. And oh, it comes with regenerative braking as well! It’s not just a gimmicky feature, mind you, because Bajaj claims it adds 2.8 metres to the range everytime you go from 60-0kmph.

Bajaj has equipped the Chetak with a non-removable IP67-rated 48V lithium-ion battery, which offers a claimed range of more than 95km in Eco mode and 85km in Sport mode. These are not ARAI-tested figures but real-world numbers, so that’s pretty impressive.

Bajaj isn’t offering a fast charging system for the Chetak. All it has is a conventional 5 amp socket, which takes 5 hours to fully juice up. Bajaj says a fast charger tends to deteriorate the battery cells quickly. However, the bike maker is also offering a home charging port for free. We have done a detailed story on the Chetak and even selected some amazing shots for you to ogle at. In terms of competition, it goes up against the Ather 450.

So, people of the internet, before you post images for your ‘Insta fam’ with the #HamaraBajaj or #Nostalgia tags, let us know what you think about the new e-Chetak in the comments section.