The Continental GT 650 is pricier but can the new colours justify the hike? 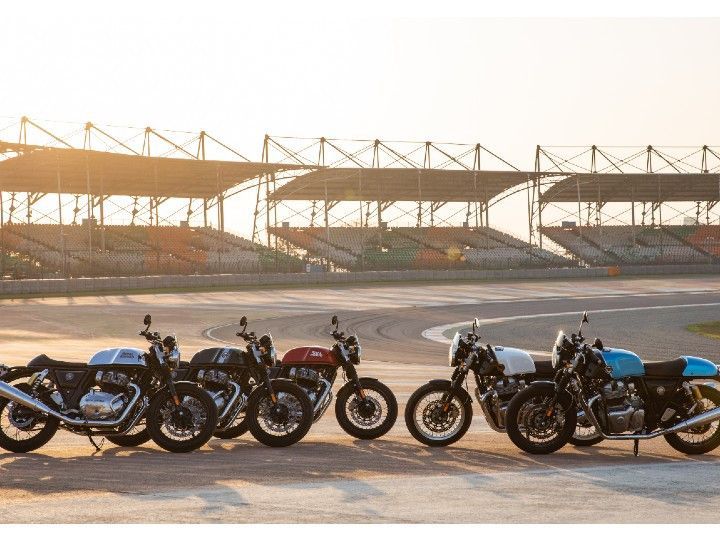 About a month back, we had reported that the Royal Enfield 650 twins were set to receive a fresh lick of paint, and the Indian giant has done exactly that. The sportier of the 650s, the Continental GT, has received five new colour options. Here’s a dedicated image gallery to get you acquainted with it:

First things first, the Continental GT 650 has always had a classic cafe racer charm and it’s been retained for 2021 as well.

It still sports the same (read criticised) halogen headlamp and gets chrome-finished engine casing, adding to its retro charm.

That said, the overall bling has gone down as all colour variants of the 2021 Conti get blacked-out spoke wheels and fenders, except for the Dux Deluxe option.

RE has also thrown in fork gaiters which make the motorcycle look slightly beefier than before.

Coming to the colour options, Royal Enfield has introduced two new base colour options for the GT 650: Rocker Red and British Racing Green. The latter draped in the quintessential colour of British motorsport vehicles.

The Rocker Red option comes from RE’s previous cafe racer, the Continental GT 535, but additionally, it gets a white pinstripe on the tank.

Besides, the cafe racer also gets two new ‘custom’ colour options: Venture Storm and Dux Deluxe, both with dual-tone graphics.

Between the two, the Ventura Storm looks pretty standout thanks to its blue shade.

Only one colour has been retained, the Mr Clean, which gets a swanky all-chrome fuel tank.

RE has also updated the GT’s accessories list. So one can choose from a painted screen kit in black, bar end mirrors, a single seat cowl in various colours, and several protection equipment.

As the GT 650 was already BS6-compliant, everything else has been retained. It continues to use the 648cc twin-cylinder engine that puts out 47.65PS and 52Nm.

This makes the 2021 Continental GT heavier on the pocket by Rs 6,020 going up to Rs 6,445, depending on the variant. The hike isn’t really justified as all you get are new shades. The bike still misses out on LED lighting altogether. That said, even after the hike, it is still the most value-for-money 650cc offering in India.