Royal Enfield 650cc Twins Get a Fresh Lick Of Paint 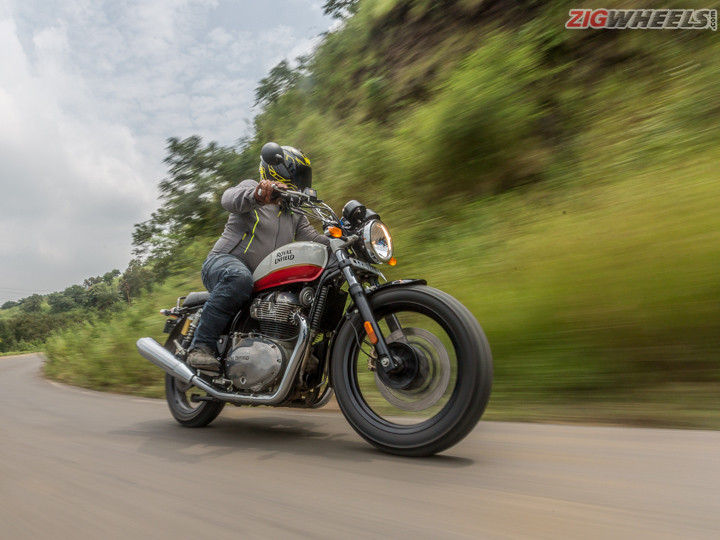 Quality has never been Royal Enfield’s strong point, that is, up until 2018. It’s the year the brand made some serious headway by launching the Interceptor 650 and Continental GT 650. Bikes that would soon become the face of Royal Enfield in European countries, outselling every other bike in the English market. However, it’s been over two years since its launch and neither of the bikes has received any substantial update, apart from a Euro-5/ BS6-compliant engine.

Fear not, an update is underway. Both the bikes will soon feature R-E’s tripper navigation. From the looks of it, the manufacturer is looking to amplify the bikes’ style quotient by throwing in a set of new liveries -- four colours each to be precise. The Interceptor gets Ravishing Black, Gray Goose, Ventura Blue, and Royal Red as part of the new colour palette. As for the Continental GT, it’ll come in Cookies & Cream, Ventura Black and Blue, British Racing Lean, and GT Red.

Colours that have been retained on the Interceptor are Baker Express (our favourite), Glitter & Dust, and Orange Crush. The only colour that’s been preserved from the previous-gen Conti is Mr. Clean. Expect Royal Enfield to introduce these new colours in India in the coming months, with a premium, of course. You could then go ahead and personalise your bike using the brand’s ‘Make-It-Yours’ 3D configurator app. The app essentially allows customers to pick accessories at the time of booking itself.

The engine’s expected to remain unchanged and why not, it’s perfect as is. But what if the 650s aren’t your cup of tea and you’re looking for a bit of adventure instead? Well, in that case, you could check out the 2021 Himalayan. It’s received some minor cosmetic, mechanical and feature updates that come together to make a wholesome product. Here’s what’s new and what’s not.