This Is The 2020 Honda CR-V With A Hybrid Powertrain

Subtle cosmetic changes and an all-new 2.0-litre petrol-hybrid with 212PS 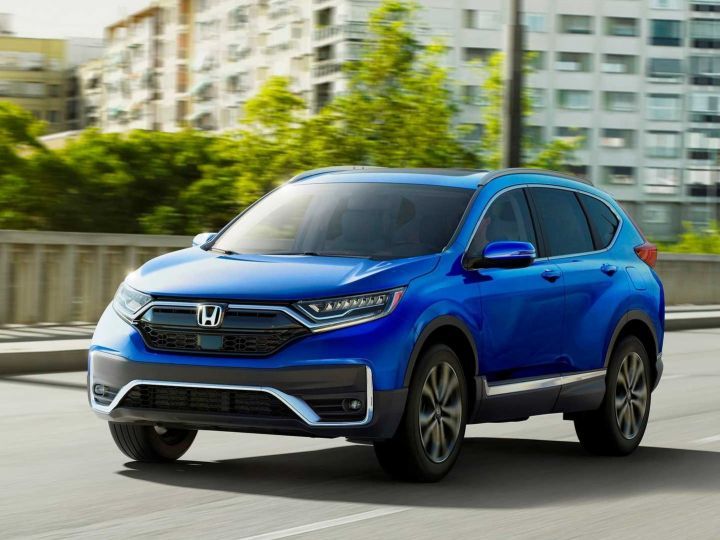 Honda has pulled the wraps off the 2020 CR-V facelift for the US. Staying in tune with our earlier reports, the crossover SUV now comes with minor cosmetic tweaks along with a completely novel hybrid powertrain option.

Cosmetic revisions are best described as subtle. The crossover SUV gets a smaller dose of chrome up front with a completely new bumper design. The headlights and the overall grille format are retained although there are some minor revisions to keep it clean. The side profile remains relatively unchanged while the rear end follows a minimalistic approach with a different bumper design and dark tinted tail lamps. A new set of alloy wheels are also offered to complete the package.

The cabin remains unchanged and features the same layout as the CR-V we get. Some new features additions include the wireless charging setup and a different instrument cluster for the hybrid version. Honda is also offering driver assist features like automated emergency braking, lane-departure warning, adaptive cruise control, blind-spot monitoring, and lane-keeping assist as standard across the CR-V range.

The biggest change, however, is the debut of the hybrid motor. The setup uses a 2.0-litre four-cylinder petrol engine and two electric motors for a combined output of 212PS. Honda is also claiming that fuel consumption will be cut down in half with the hybrid setup. The hybrid powertrain come paired with an AWD system which draws power from the electric motor and sends it to the rear wheels when it detects a loss of traction. Apart from that, Honda is also offering a 1.5-litre turbocharged four-cylinder good for 190PS/242Nm as standard.

The hybrid powertrain is currently built in the US; as such it remains to be seen whether Honda will offer the same in India. Prices for the 2020 CR-V is also yet to be announced, with sales set to commence early next year. If the facelift comes over to our shores, expect it to carry a slight premium over the current price (Rs 28.27 lakh - 32.77 lakh, ex-showroom). The Ford Endeavour, Toyota Fortuner, Volkswagen Tiguan and the upcoming SantaFe will be its key rivals in India.