2020 Honda City Could Bring 3 Engine Options Including A Hybrid

When launched in India, the BS6-friendly sedan will take on the Maruti Suzuki Ciaz and the Hyundai Verna. 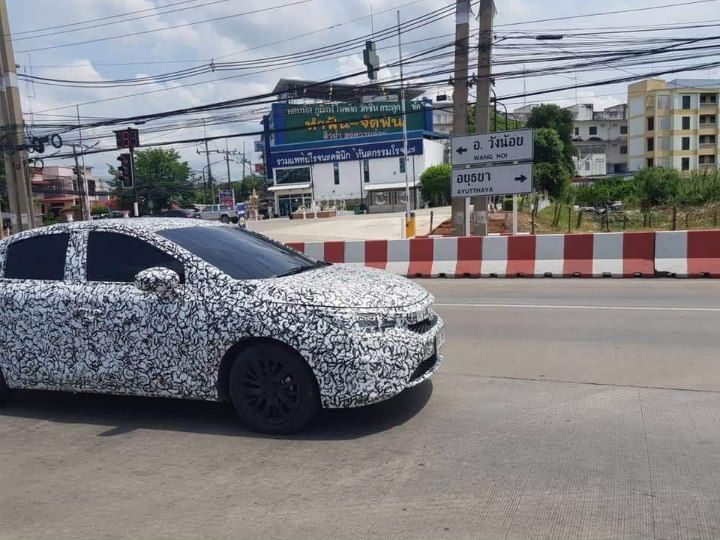 The fifth-generation of Honda’s best-selling sedan, the City, is all set to make its global debut next month with an India reveal expected at the Auto Expo 2020 in February. The sedan continues to be spied testing on Indian as well as international roads. And now reports suggest that the upcoming sedan could get upto 3 engine options, including a hybrid powertrain. Of these, we are most keen on what could be the BS6-compliant 1.5-litre petrol and diesel motors. Prices for the City will go up from the current starting figure of Rs 9.81 lakh (ex-Delhi), considering the emissions-friendly updates it should bring in. Let’s find out what the new iteration will pack.

Petrol engine options on the City could include a 1.0-litre turbo motor said to produce up to 120PS of power, mated to a 6-speed manual or CVT. However, this is likely to be limited to the Thailand market. The second petrol mill is a 1.5-litre engine from the previous iteration, but BS6 compliant. Technical specs of the engine are yet to be revealed, but it could be mated to Honda's new compact i-MMD mild-hybrid tech that is expected to feature in the next-gen Jazz which will be shown later this month at the Tokyo Motor Show. Transmission options may include a 6-speed manual and a CVT.

The diesel variant, meanwhile, could carry over the current 1.5-litre engine, albeit with a BS6 upgrade, in time for the new regulations deadline of April 1, 2020. In its BS4 guise, the diesel motor produces 100PS and 200Nm of torque. Expected transmission options could include a 6-speed manual and a CVT for the first time.

We already know through spy shots that the next iteration of the Honda City will get a cosmetic makeover both inside and out. The face is set to be sharper, with a large grille (possibly dipped in chrome for India) and full-LED headlamps. At the rear, despite the heavy camo wrap, it looks like the new City will get a similar set of tail lamps as the current car aside from a few styling tweaks. The images also reveal that it is a bit longer and wider than the current-gen City.

There’s no word yet on the interior features and gizmos on the new City. But we’re expecting Honda to go all out. Feature highlights could include an electric sunroof, leatherette upholstery, automatic climate control and a touchscreen infotainment system. The new City could also get a full-LCD instrument cluster (like the Civic / CR-V), considering the next-gen Jazz is set to get it in European markets.