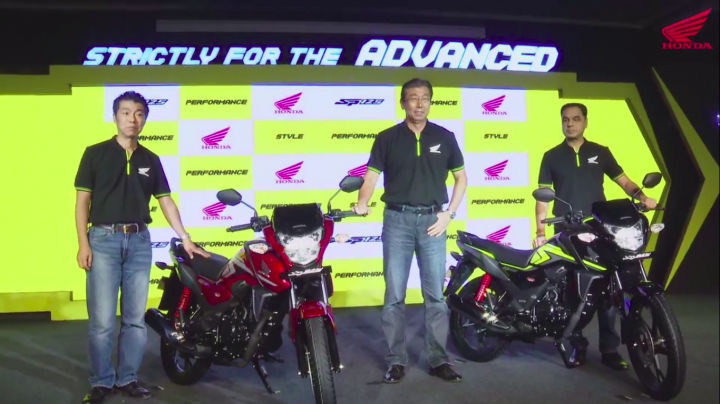 Honda has launched the SP 125, its second BS6-compliant two-wheeler after the new Activa 125, in India. Though this is the successor to the CB Shine SP, Honda has dropped the 'Shine' moniker in the new bike. It is available two variants: drum and disc. The former costs Rs 72,900 whereas the latter will set you back by Rs 77,100 (both ex-showroom Delhi). In comparison with the CB Shine SP's starting price, the SP 125 is dearer by Rs 7,321. The Shine has been the country’s best-selling 125cc motorcycle for a while, and it's spiritual successor, the SP 125 is the first motorcycle from Honda’s lineup to get a BS6-compliant motor.

The Japanese brand says it has used a new fuel-injected powerplant. This 124cc motor makes 10.8PS at 7500rpm, which is 0.57PS more powerful than the CB Shine SP. Even the torque is up from 10.3Nm in the Shine SP to 10.9Nm in the SP 125. Like the Activa 125, Honda as also equipped this motorcycle with a first-in-segment ACG starter to ensure a silent startup of the engine. The transmission remains to be the same 5-speed unit. Honda says the engine is 16 per cent more efficient than the CB Shine SP's powerplant.

The new SP 125 also features sporty-looking body panels with an aggressive tank shroud and LED headlamp to a modern look. Feature-wise, it also gets a fully-digital instrument cluster which comes with useful information like real-time efficiency, range, average fuel efficiency, service reminder, gear position indicator among others. Honda has also finally offered an engine kill switch in its commuter bike.

That said, the frame and the underpinnings remain the same as the CB Shine SP. The motorcycle continues to use a diamond type frame, telescopic front fork and twin rear shock absorbers. Honda offers the bike with either 130mm drum brakes at the front and rear or an optional 240mm disc paired with the 130mm drum at the rear, with standard CBS. It uses low rolling-resistance tyres for better efficiency.

Honda’s dealers have started accepting bookings for the bike, and deliveries will commence from next week onwards. Like the Activa 125, the SP 125 also comes with a six-year warranty (3 years standard and 3 years optional extended warranty) on the bike. The newly launched bike competes with the Bajaj Discover 125 (Rs 58,752) and Hero Glamour FI (Rs 69,950). All prices, ex-showroom Delhi. With the launch of the BS6-compliant SP 125 much ahead of the deadline (April 1, 2020), Honda will be able to gain greater control over the remaining stock of BS4-compliant Shine SP as it can phase them out gradually.