Performance, practicality and a Porsche badge on the nose. What more do you want? 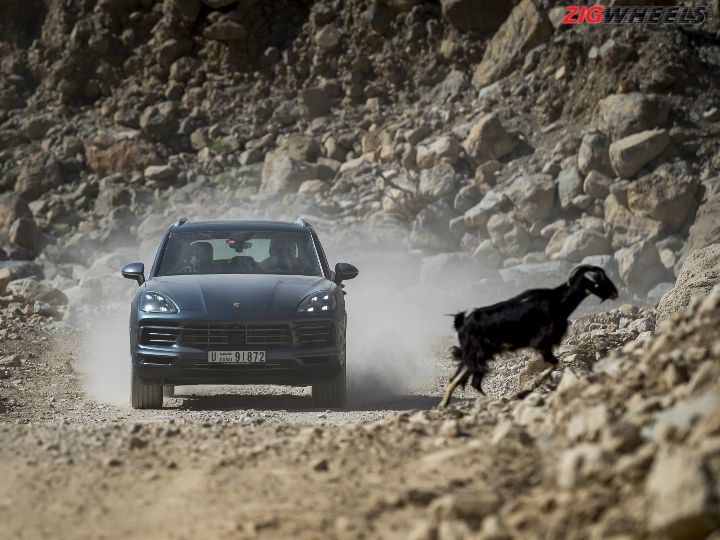 All of us remember raising an eyebrow when Porsche first introduced the Cayenne a little over 15 years ago. But through the years, it has been Porsche (and their accountants) laughing all the way to the bank, considering how wildly successful the SUV is. The Cayenne though, has had unusually long life cycles. While the first generation stuck around for about seven years, the second, in India’s case at least, has been here for nearly eight. About time for a new one!

Porsche has launched its flagship SUV in the country, with prices starting at Rs 1.19 crore. Like before, the Cayenne is available in its standard avatar, priced at Rs 1.19 crore, and an outright bonkers ‘Turbo’ variant that carries a sticker price of Rs 1.92 crore. Porsche has also introduced a clean ‘e-Hybrid’ variant of the SUV, which is priced at Rs 1.58 crore. All prices are ex-showroom, pan-India.

With the new generation, the Cayenne has leapfrogged in terms of ability. It’s based on the capable MLB platform that also underpins uber-luxury SUVs such as the Bentley Bentayga, the Lamborghini Urus as well as Audi’s SQ7. It also borrows the 48V electric system from its cousins, ditching the 24V setup. This has allowed the engineers at Porsche to equip the Cayenne with electric-powered features such as a superfast three-chamber adaptive air suspension along with electric anti-roll bars and rear-wheel steering.

The designers at Porsche have gone to town and put the Cayenne on a strict diet. All the extra flab we saw in the first generation is practically gone, giving way to a chiselled SUV that looks the business. In many ways, it does remind one of Porsche’s baby SUV, the Macan. But that isn’t really a bad thing now, is it? The all-LED headlamps, the air intake and the grille have all grown in size, making the Cayenne look visually wider. Over to the rear, you’d spot a Panamera-like connected tail lamp setup, which again, emphasises the width of the SUV. Overall, the Cayenne is 63mm longer, 45mm wider and 9mm shorter than its predecessor. The wheelbase remains unchanged at 2895mm, which means there’s more space for your cargo, at 770-litres.

Porsche’s big boy has had a big makeover on the inside too, with a sleeker dash that now mimics the Panamera. As you’d expect, everything is bathed in leather, and everything you touch and feel is bespoke. The equipment list includes a new 12.3-inch high-definition touchscreen infotainment system, a 360-degree camera and a 7.0-inch digital instrument cluster that replicates Porsche’s classic 5-pod analogue cluster. What we particularly like is that the plethora of buttons on the floor console have been replaced by touch-sensitive buttons. It’s helped clear up the clutter a whole lot!

On the engine front, there’s a big buffet on offer. Here’s a quick snapshot of what you can pick and choose from:

Porsche has slotted in the Cayenne where rivals are very few and far in between. On one hand, there’s some heat from the Range Rover twins - the Sport and the Velar, and on the other end of the spectrum is the Lamborghini Urus, which is fast becoming the favorite among supercar buyers in the country. Which one’s your pick of the lot? Let us know in the comments section below.