Even with a whole lot of updates, the prices have somehow remained almost the same 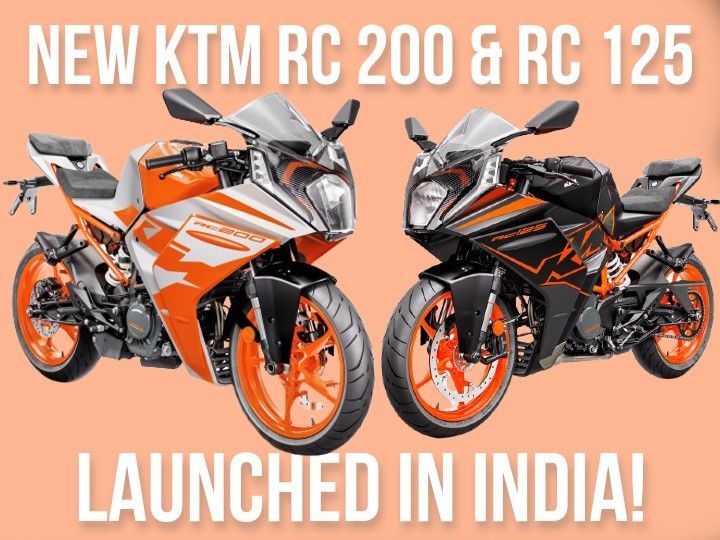 Over the years, the KTM RCs have played a crucial role in the bikemaker’s India onslaught. But the bikes hadn’t undergone any major changes until the next-gen version was unveiled globally a while back. Now, KTM has launched the 2021 RC 200 and RC 125 in India, bearing substantial updates, though it has left out its flagship faired bike, the RC 390, for now.

Being entry-level sport bikes, the RC 125 and the RC 200 rival the Yamaha YZF-R15 V4 and the Bajaj Pulsar RS 200, respectively. However, in terms of price, the KTM RC 200 goes against the Jawa Perak, the Royal Enfield Himalayan, and the Husqvarna Vitpilen 250, while price alternatives for the RC 125 include the Suzuki Gixxer SF 250, the KTM 200 Duke, and the Royal Enfield Classic 350.

As mentioned above, the baby RCs have undergone a series of updates for 2021. And the most crucial one comes to their styling. Gone is the old twin-projector fascia, replaced by the broader, all-LED headlight (the RC 125 gets a halogen unit) and flanked by the new fairing-mounted DRLs and indicators integrated into a boomerang-like outline. This, coupled with the bigger, wider visor, will no doubt offer better wind deflection. The radiator is now a curved unit with a claimed 10 percent better cooling capability. Besides, KTM has also redesigned the side fairings, so not only will there be less heat emanating out, but it’ll also be channelled away from the rider’s legs.

Next up, ergonomics. The new RC 200 and 125 get new seats. No, it doesn’t look as cool as the cowl-like design of the previous model, but the new split seats get more premium covers and improved padding, which should increase overall comfort. Complementing this is the redesigned clip-on handlebar, which is taller than before for a more relaxed riding position. Besides, it can be lowered by 15mm, if you want to hit the track. And if someone is daring enough to take these touring, the RCs now come with a fairly large 13.7-litre fuel tank (as opposed to the 9.5-litre unit on its predecessor) which should result in a much better range.

When astride the bike, you are greeted by a new LCD instrument cluster, borrowed from the KTM 250 Adventure. It shows all necessary information, but misses out on connectivity bits unlike the TFT unit which KTM offers internationally.

Along with all this, KTM has thrown in lighter alloy wheels (but wrapped in MRF tyres for the India-spec version), disc brakes, and a new bolt-on subframe, making the package even more charming. While being lighter, the anchors now comprise bigger 320mm discs up front. Dual-channel ABS continues to run standard on both bikes, but the RC 200 now gets the Supermoto ABS mode.

All this is sprung on a new, more premium WP Apex USD (with 10mm more travel) fork while carrying forward the same rear monoshock.

The only thing left unchanged, more or less, is the engine. The RC 200 continues to draw power from a 199.5cc liquid-cooled unit, pumping out 25PS and 19Nm.

The bikemaker claims to have thrown in a 40 per cent bigger airbox and new engine maps, to improve throttle feel.

In the past year or so, thanks to repeated price hikes, the KTM RCs have lost their value-for-money factor, which also reflects in the declining sales numbers. But with the new KTM RC 200 and the RC 125 being better than ever (maybe not design-wise, but definitely overall), we expect the sales numbers to climb up once again, especially considering the price hike is very nominal. Nevertheless, the RC 125 is still too pricey for what it offers and the R15 V4 makes much more sense in comparison.