Top 5 News Picks Of The Week 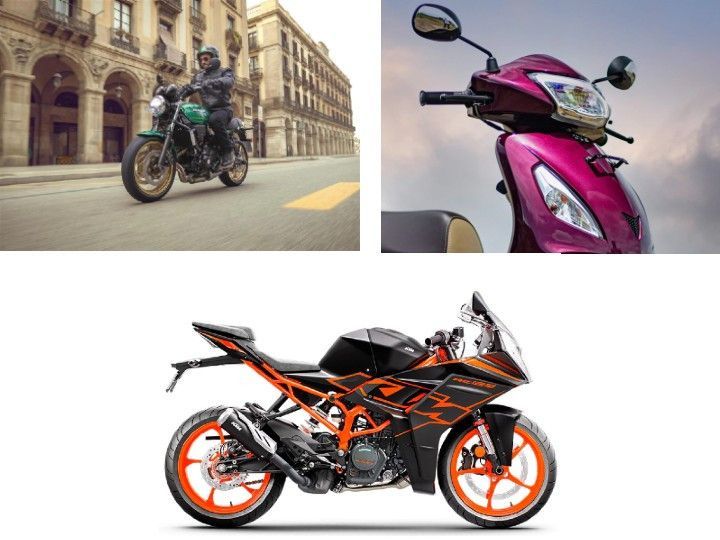 The newsroom is usually a mix of upcoming models, the latest launches and spy shots. But the past five days were a bit different and majorly served with incoming-model stories along with a new launch and spy shot pieces. In case you couldn’t catch it all, fret not, we’ve listed the top 5 pieces below.

KTM India has released an official teaser on its social media handles for the 2021 RC range. However, only the RC 200 and the RC 125 will make it to the country as of now. But when and how much will they cost? Head here to know.

After launching the Raider, TVS has teased yet another 125cc offering for the Indian market. The upcoming model will be launched on October 7 and the media invites are already out. But which bike/scooter could it be? Here’s the hint.

The existing Hero XPulse 200 is undeniably a capable off-roader but the same can’t be said about its highway credibility. Well, it seems that Hero MotoCorp has fixed it and is set to launch the Hero XPulse 200 4V.

Kawasaki has added another model to its middleweight bike portfolio in the form of the Z650RS. The retro naked has primarily spawned from the Z650 but has been packaged differently. Read the launch story to know about it in detail.

We all are familiar with the infamous two-wheeler clones originating from the Chinese market. This time around it’s the Colove Cobra 321RR that aims to take a shot at the Honda CB250RR. Take a look at its from the recently leaked visuals.