The Platina 110 ABS is quite affordable too

Just a day after launching the Platina 100 ES, Bajaj has brought in a range-topping variant of the popular commuter, the Platina 110 ABS. This makes the new Platina the only bike in the segment to sport ABS as standard and also the most affordable bike in the market with this safety feature. This is a welcome move, especially considering the law requires motorcycles above 125cc to have ABS and sub-125cc two-wheelers to feature CBS as standard.

The new Bajaj Platina 110 ABS has been priced at Rs 65,926 (ex-showroom Delhi), just Rs 1,241 over the standard Platina 110 H-Gear. The new Platina goes up against the likes of the TVS Star City Plus and Hero Splendor i-Smart. That said, neither of these bikes offer the features the Bajaj commuter does. 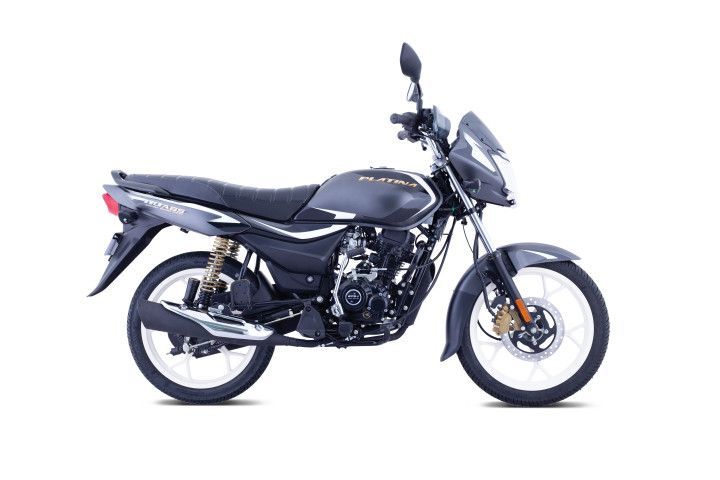 As the name suggests, the Platina 110 now comes with a single-channel ABS unit, the highlight of this model. Like with the other Platina models, a few changes have found their way to this variant as well. The bike now comes with new mirrors, which Bajaj claims has better visibility than the previous units. Another change is the addition of translucent handguards, which seem like an aesthetic addition more than a functional one.

Except for the aforementioned bits, nothing has changed in the bike. It continues to be powered by a 115cc engine producing 8.6PS at 7000rpm and 9.81Nm at 5000rpm. The 240mm disc and drum brake setup is the same as before and so is the suspension setup.

The Bajaj Platina has always been an amicable commuter, and with the addition of a fifth gear, Bajaj already had an edge over its rivals. Now, with ABS, the Bajaj Platina 110 ABS presents a strong case for itself, especially since it still remains the most affordable bike of the lot.