Oh, and the Japanese bikemaker has also introduced its first radar-equipped motorcycle at this year’s EICMA 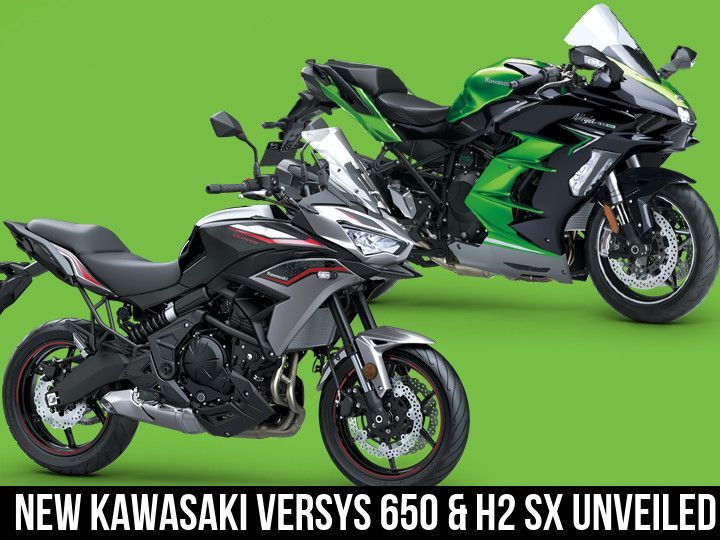 While everyone was expecting an EV from Kawasaki at the 2021 EICMA, the Japanese bikemaker instead brought out an updated version of the Versys 650. And it’s about time.

You see, the Versys 650 is a popular model throughout the world but over the years, it has started showing its age, courtesy of its basic instrument cluster, lack of electronics, and well, outdated design.

And so Kawasaki has disposed of all the aforementioned bits.

For 2021, the Versys 650 gets a new look, inspired by its elder sibling, the Versys 1000. Additionally, there’s the new twin all-LED headlights, and four-step adjustable windscreen, both aimed at helping it become a better tourer.

Complementing the modern design is a new 4.3-inch full-colour TFT instrument cluster with Bluetooth connectivity as standard. Oh, and you get two-level, switchable traction control too, a first for Kawasaki’s 650cc lineup.

That’s not all, though. Kawasaki also took the wraps off the new H2 SX SE, its first ever radar-equipped motorcycle. Compared to the ‘standard’ H2 SX, the H2 SX SE gets an updated headlight and upper cowl, along with a new LED headlight, to harbour the frontal radar.

Speaking of the radar, it brings with it features like adaptive cruise control, forward collision warning, and a blindspot detection system. Kawasaki has even thrown in a tyre pressure monitoring system, heated grips, a USB port, new Bosch ABS IMU, and vehicle hold assist. All this is topped off by a new 6.5-inch TFT instrument cluster.

Since both these bikes were on sale in India, we expect Kawasaki to at least bring the Versys 650 to India, presumably early next year, at around Rs 7.6 lakh (ex-showroom).