For these cream-of-the-crop motorcycles, going green comes at a price, quite literally 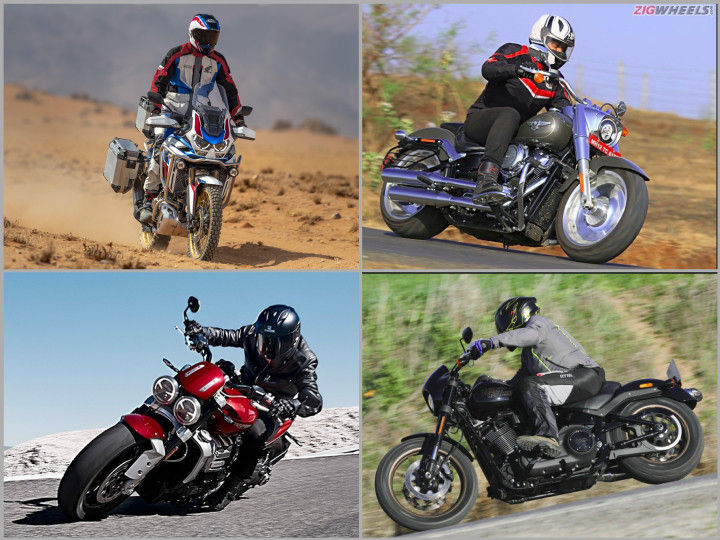 The stringent BS6 emission norms call for the need to impart sophisticated pollution curbing measures in two-wheelers. Consequently, this has raised the baseline pricing for all the bikes and scooters out there. In the big bike segment, not all the motorcycles have been updated to BS6 emission norms yet. Here’s our compilation of the top 5 most expensive BS6-compliant ones sold currently in India:

The Harley-Davidson Fat Boy became a textbook definition of machismo after it was featured in Arnie’s Terminator movies. The new-generation version of the Fat Boy has undergone a thorough design makeover, making it look even more butch. The 2020 iteration of the motorcycle was launched last month - at a price of Rs 18.25 lakh for the version with the Milwaukee-Eight 107 engine (1,745cc) and Rs 20.10 lakh for the Milwaukee-Eight 114 powerplant (1,868cc) version. The latter is the most expensive motorcycle in this list. The 107 motor churns out 144Nm at 3000rpm whereas the bigger 114 engine makes 156Nm torque at the same rpm.

This is quite an old-school motorcycle with no rider aids apart from the standard dual-channel ABS and cruise control. Notable features include an all-LED lighting system, machined Lakester cast aluminum wheels, satin chrome finishes all over and a semi-digital instrument console.

The new-generation Triumph Rocket 3 completely redefines the definition of a performance cruiser. Armed with an absolutely massive 2,458cc inline-three-cylinder liquid cooled engine (biggest engine in a production bike), it churned out an earth shattering 221Nm of torque at just 4000rpm and an equally incredible 167PS at 6000rpm.

Of course, keeping this behemoth of a bike under control are a plethora of electronic aids like traction control, cornering ABS, four rider modes, hill-hold control and cruise control. Triumph did not spare any expense in the underpinnings department either. It features a sophisticated 47mm compression and rebound adjustable Showa inverted front fork and a fully-adjustable Showa rear monoshock, and disc brakes with Brembo Stylema calipers too. Triumph has also equipped the motorcycle with a properly modern full-colour TFT screen with smartphone connectivity and an all-LED lighting system. In the Indian market, Triumph sells only the Rocket 3 R variant. This CBU bike is priced at Rs 18 lakh.

The Honda Africa Twin was known for its unique dual-clutch transmission setup. The Japanese brand went a bit further with the introduction of the bigger-engined CRF1100L Africa Twin Adventure Sports. It was launched in the country in March this year and is priced at Rs 16.10 lakh for the DCT-equipped variant.

The wizardry of the dual-clutch transmission lets you treat your motorcycle like a twist-and-go kind of automatic scooter. Apart from this, it also gets a full-colour 6.5-inch TFT touchscreen display with a secondary LCD display, Bluetooth connectivity and Apple CarPlay and an all-LED lighting system. The 102PS, 105Nm engine is reined in by six riding modes, traction control, cornering ABS, wheelie control and cruise control. It also packs capable underpinnings in the form of a long-travel Showa inverted front fork and a rear Pro-Link monoshock - both fully adjustable. To handle punctures better, the large 21-inch front and 18-inch rear spoke wheels are wrapped with tubeless dual-purpose tyres. Oh, and there’s a generous 24.8-litre fuel tank for all your long-distance riding needs.

The humongous 1868cc Milwaukee-Eight 114 air-cooled V-twin engine generates 155Nm of twist at 3,250rpm. Like the Fat Boy, this motorcycle is also devoid of rider aids apart from the standard dual-channel ABS. Like all the other motorcycles in this list, this one too is sold via the CBU route, at a price of Rs 14.69 lakh. On the other hand, the standard variant, called the Lowrider packs a smaller 1745cc V-twin engine which is good for 144Nm of torque. It also gets a different colour scheme, traditional telescopic fork with single disc up front and beach bars.

At a price of Rs 11.13 lakh, the 2020 Triumph Street Triple RS is the same as the BS4 version but it offers 2Nm extra torque along with a bump in the bike's mid-range performance. The 765cc inline-three-cylinder motor churns out 123PS at 11,750rpm and 79Nm at 9350rpm. It is loaded with top-of-the-line rider-aids like a standard bidirectional quickshifter, adjustable ABS, switchable traction control. Suspension bits include a compression, rebound and preload adjustable Showa 41mm inverted front fork and a fully-adjustable Ohlins monoshock at the rear.

As far as the feature-list is concerned, the bike gets an all-LED lighting system and a full-colour smartphone compatible TFT screen with a 5-way joystick on the left switchgear for easy navigation. With top-notch underpinnings and hair-raising performance, it's no wonder the Triumph Street Triple RS is considered the benchmark in its segment.

All prices are ex-showroom India.