If reports are to be believed, then Honda could launch a smaller Africa Twin next year 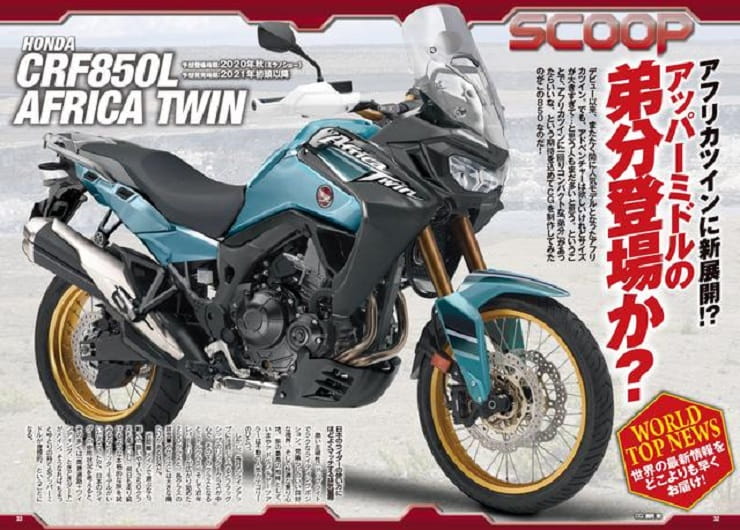 You may not know this, but Honda could be working on a smaller-capacity Africa Twin! This is not the first time that we have heard this rumour. In fact, details about the smaller Africa Twin were leaked last year. Now though, according to some reports, the Japanese bike maker could unveil the new Africa Twin at the upcoming EICMA motorcycle show and could launch it by the first half of next year.

Reports suggest that the smaller version of the Africa Twin is likely to be powered by an 800cc to 850cc engine which could make around 90PS. As it is likely to be launched in 2021, the motorcycle will be Euro 5/BS6-compliant. Just to give you a perspective, the 1,084cc motor in the CRF1100L Africa Twin makes 102PS and 105Nm. Moreover, Honda could offer a DCT (dual-clutch transmission) as an option just like the bigger Africa Twin.

The new mini ADV could be similar to its bigger cousin in a lot of other aspects as well. First off, it could look similar to the 1100cc version and will be considerably lighter as well, which should make it more adept at off-roading. It is also expected to get similar features like a colour TFT display with Bluetooth connectivity and Apple CarPlay and different ride modes like the bigger Africa Twin.

One of the reasons why Honda is likely to bring a smaller Africa Twin is due to the fact that the middleweight category (800cc to 850cc) is getting quite popular. We have manufacturers like BMW, Triumph, KTM and Yamaha bringing out their A-game to give the enthusiasts an affordable, yet potent adventure motorcycle. However, if you are already dreaming of buying the “affordable” Africa Twin in India, then you may want to wait for a bit longer.