KTM is planning to co-develop an electric scooter with Bajaj. Here’s what we think it should pack 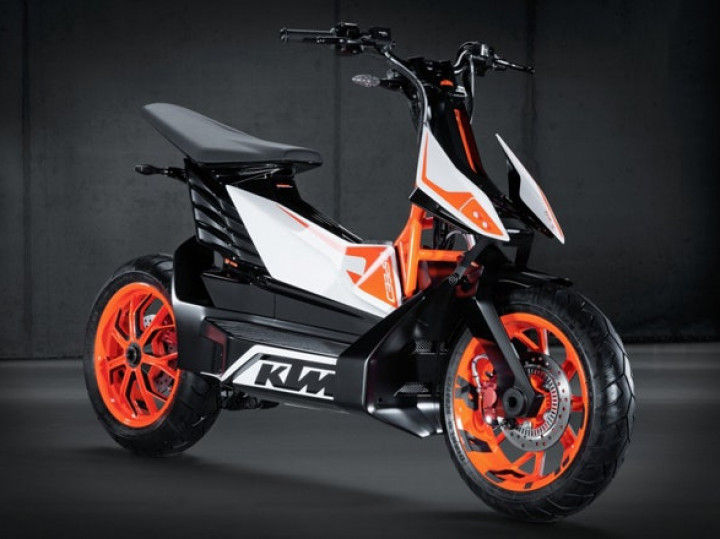 We expect the upcoming KTM electric scooter to carry the same KISKA design influence as its modern lineup. We have already seen KTM’s E-Speed electric scooter concept and sincerely hope KTM builds a production electric scooter based on it. We would love to see a partially exposed trellis frame, sharp and minimalistic bodywork, large orange wheels, and chunky tyres. But let’s not go overboard like the Italjet dragster.

Considering it will cater to enthusiasts, we expect the KTM electric scooter to be feature-packed. All-LED lighting would be appreciated and a touch-sensitive TFT instrument console greatly so. While the Chetak comes in two modes: Eco and Sport, KTM could offer a third Race mode similar to the Warp mode seen on the Ather 450X.

The upcoming KTM electric scooter is expected to be powered by the Chetak’s electric motor. That is a 4kW BLDC electric motor. The Chetak has a low 60kmph top speed, but we have been told the motor could be tuned to deliver a top speed of 120kmph. KTM could eke out more performance from this motor at the expense of range. Being a KTM offering, we are greedy when it comes to performance and expect the electric scooter to have a top speed close to 100kmph. Given that more performance will eat into range, a larger battery pack could help with a real-world range of around 80km.

A trellis frame and minimalistic plastic body panel could make the KTM electric scooter lighter than the metal-bodied Chetak. We expect the front to feature telescopic forks instead of the Chetak’s trailing arm setup. Or KTM could surprise us with upside down forks. We would like the rear swingarm setup to be similar to the Chetak’s single-sided unit. 14-inch wheels with 120-section tyres should take care of the tyre department. As for braking, KTM could use discs at both ends given the expected performance.

If KTM were to fulfil our wishlist, we could realistically be looking at the KTM electric scooter being priced around Rs 1.50 to Rs 1.70 lakh. Enthusiasts wouldn't mind paying the premium for quality components, technology, underpinnings, and performance as they do with the KTM 200 Duke BS6 and 390 Duke BS6.