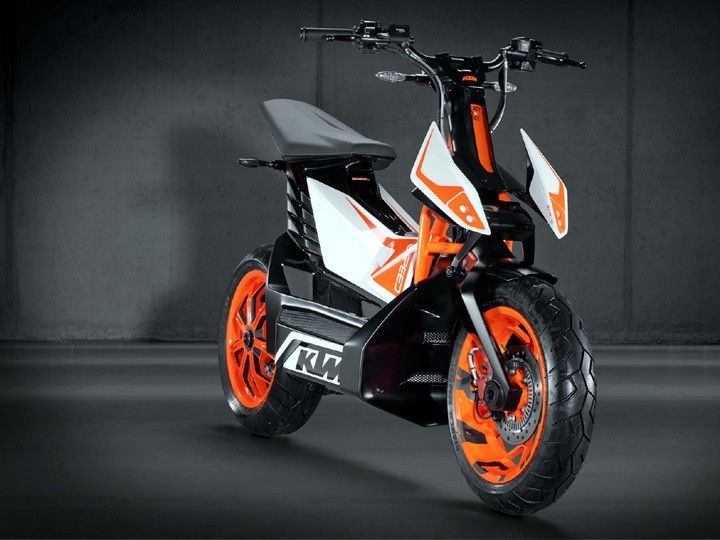 There is a lot of electrifying activities taking place in India right at this moment. Ultraviolette brought in India’s first performance electric motorcycle, the F77, and Bajaj’s Chetak has just completed its arduous 3000km-long journey from Delhi to Pune. KTM too seems to be wanting in on the action as the Austrian firm is looking to build its own electric scooter from the Chetak.

The Chetak electric scooter is built on a modular platform which will allow the two companies (and maybe even Husqvarna) to create their own identities with electric propulsion. Bajaj has set its priorities straight with the Chetak as it wants to cater to the traditional Indian buyer. KTM will operate at the performance end of the spectrum, as it is always ‘Ready To Race.’

Bajaj’s reasonably specced Chetak has been built for developing markets like India where electric mobility has just begun. Hence, a 4kW motor and 95km of real-world range seems adequate for intra-city mobility. The KTM offering will have a global connect to it. It will be more powerful, have more range and will stay in line with the sporty ethos of the Austrian brand.

Even the styling will be drastically different from the Chetak’s elegant Italian-esque design. We definitely do not expect a metal body on the KTM scooter as weight will play a key role in keeping up with the sporty credentials. KTM’s designing firm, KISKA, might also play a role in the styling.

Work on the performance scooter has already begun, with preliminary tests being carried out on a basic prototype. These scooters will be built at the Chakan plant and exported to developed markets like Europe, America and China. Realistically, the KTM electric scooter will take another three years to come into existence. EICMA 2022 is when we could see a prototype version of the scooter, with a production-ready one arriving a year later.

In a slightly similar vein, Bajaj will start exporting the Chetak to the world from end-2020. Bajaj aims to sell it in developing as well as developed markets to further grow its business. Here’s where KTM’s strong outreach will help the Chakan-based manufacturer spread its wings.