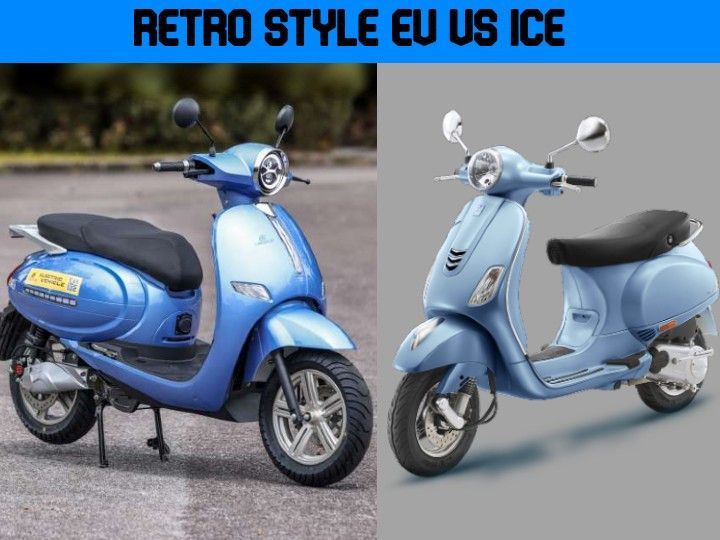 Legatus, a Malaysian EV startup, has debuted in its home market with its first offering, the Metropolitan. The e-scooter looks pretty similar to the desi petrol-powered e-scooter, the Vespa ZX 125. Here’s how they both fare against each other in images.

In terms of appearance, both the scooter equip a retro styling with simple and minimal body panels with a circular headlight and rear view mirrors.

The Legatus Metropolitan is driven by an electric drivetrain paired to a removable 3kWh battery pack that offers a claimed range of a respectable 120km. What’s interesting is that the e-scooter is claimed to reach top speeds of 80-100kmph. It takes 3.5 hours to completely juice up the batteries.

Underpinnings on the Metropolitan include a telescopic fork up front and dual shock absorbers at the rear. The anchorage is done via discs at both ends of the e-scooter.

The Vespa ZX equips a trailing link (single-sided) front suspension and a single rear shock absorber. The ZX only gets a disc brake up front and gets a drum brake at the rear with CBS.

In terms of features, the Metropolitan comes packed with a circular TFT digital instrument cluster along with remote start, three ride modes and a reverse mode. The Vespa ZX 125 misses out on these features and gets an analogue cluster.

Pricing of the Legatus Metropolitan e-scooter hasn’t been revealed as it is still yet to launch in the Malaysian markets. The Vespa ZX, on the other hand, is available at an asking price of Rs 1,15,000 (ex-showroom Delhi).

All Comparisons of ZX 125