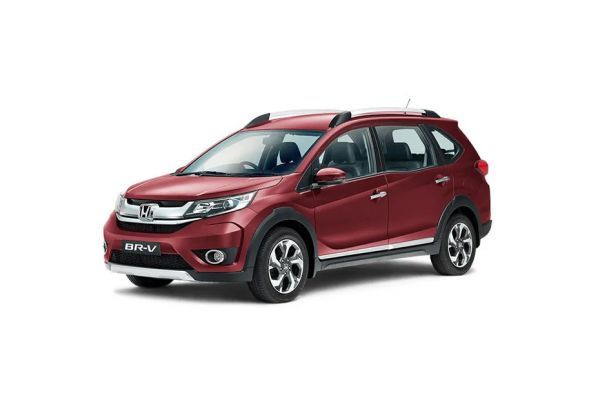 Prices for the Honda BR-V might be increased from 1st July as Honda has announced a price hike for majority of its models. This is to offset the effects of the price hike of raw materials as well as compliance to new safety regulations that will come into effect from 1st July 2019. The prices are expected to increase by Rs 10,000-20,000 depending on the model.

Honda will replace the BR-V with the HR-V in India. The HR-V has been on sale in various international markets since 1998 and is now in its second iteration. The HR-V is smaller in dimensions to the BR-V but is longer than its competition. The HR-V in India will be based on the same platform as the Honda City and Jazz, and is expected to come with the same set of 1.5-litre petrol and diesel engines from the City as well. Expect the HR-V to be priced from Rs 10 lakh to Rs 16 lakh (ex-showroom India). It will go up against the likes of the Hyundai Creta, the Nissan Kicks as well as the upcoming Duster facelift when launched in India.

Q. Is this car suitable for a family of 8 persons - BRV? View All Answers
Q. What is the reserve tank capacity in BR-V? View All Answers
Q. How is the performance - BRV? View All Answers
Q. Does BRV has hill-start assist?
Q. I'm planning to buy BRV petrol top model as we r 6 family members. Is it a good buy and hows its off road experience?
Q. Please advise how is this car, in terms of Mileage, safety, style, maintenance and road grip - BRV?
Q. Is Honda BRV production stopped?
Q. What is the discount on Honda BRV?
Q. What is the mileage of Honda BRV diseal automatic?
Q. Y the red light blinking in desk what is the solution for off it - BRV?
Q. I really like the BRV looks wise and after reading several reviews, I think it's the car that would suit our family the best. I am concerned however that since there's news of it being discontinued, what are the implications of this in regards to parts and resale?
Q. Is BRV good for steap mountain climbing?
View More Questions All BRV Questions and Answers

The Honda BR-V isn’t an SUV in the traditional sense. It looks like something that would sit between an MPV and an SUV, given its 7-seater configuration. Honda BR-V is up against the Maruti Ertiga and Hyundai Creta among others. This Honda is priced in the range of Rs 9.06- 13.23 lakh (ex-showroom, Delhi) and offers a very sporty package for ferrying the families together. The exterior design is highlighted by high 210 mm of ground clearance and the subtle body cladding all-around adds a nice flair to BR-V’s exteriors. Inside the cabin, there are lot of thoughtful touches including roof mounted air-conditioning vents and flexi-seats. Unlike other 7-seater vehicles, Honda BR-V is genuinely spacious and offer utmost comfort in all the three rows. The time-tested 1.5-litre petrol and diesel engine delivering the output of 118 PS / 145 Nm and 100 PS/ 200 Nm respectively works for BR-V. 6-speed manual transmission is standard in both petrol and diesel along with CVT gearbox which is optional in the petrol guise.

The BR-V is available in a total of 9 variants - 5 petrol and 4 diesel. The petrol variants are priced between Rs 9.22 lakh and 12.48 lakh while the diesel starts at Rs 10.16 lakh and goes all the way up to Rs 13.39 lakh (all prices ex-showroom Delhi). In terms of standard equipment, the BR-V is rather well equipped except for the base E variant. Projector headlamps, tilt steering, reclineable middle row, dual front airbags and ABS (not available on E petrol) are standard across the range. Features like rear parking sensors, sliding middle row, climate control, three row AC and electrically adjustable ORVMs are available on variants that sit above the E. The rear parking camera and the Digipad touchscreen infotainment system, however, are only reserved for the top VX variant.

The word crossover defines the BR-V perfectly. The sleek front comes with a large chrome grille and a well styled bumper that gets a silver skid plate. The headlights are well detailed and get a slash daytime running light, a projector headlamp and a separate module for the halogen high beam. Plus, the large 16-inch wheels that come with a polished finished on the top-of-the-line V variant look rather good. The side profile, however, is quite reminiscent of the Mobilio which isn’t necessarily a bad thing but isn’t a plus point either. The rear tail lamps look rather good and the red strip running between them is a unique design feature.

The cabin of the BR-V is genuinely spacious when it comes to comparing it with other cars of its category. All variants get black interiors with the top-of-the-line variants getting a full leather pack which includes seats, side rests and a leather wrapped steering wheel and gear knobs. The middle row gets a 60-40 split and a one-touch folding setup which makes the last row easily accessible. Headspace in the middle row is also good and the large window makes the cabin feel very airy. However, there just isn’t enough room to fit three large adults in the middle row and it feels pretty much as spacious as the likes of your average compact sedan or hatchback in terms of overall shoulder space. The third row is 50:50 split and can accommodate two adults in relative comfort, provided the journey is short. In terms of cabin layout, the design is simple and the horizontal layout works rather well. Also, you get climate control in all variants above the E grade. But the touchscreen infotainment system is reserved for the VX variant only and even then doesn’t come with Android Auto or Apple CarPlay connectivity. There’s no automatic headlamps or automatic wipers or cruise control on offer either.

Maruti Suzuki S-Cross: Maruti's premium crossover suffers from the fact that it does not look like an SUV. It is a premium offering with a good amount of standard equipment, good space for five people and their luggage and a frugal 1.3-litre diesel motor.

Renault Duster : The car that started it all, the Renault Duster is the only modern crossover in the segment to feature an AWD system. Its butch design, adequate space, CVT transmission (petrol), AMT (diesel) and all-weather ability make it score a lot of brownie points in the segment. Interior quality and limited service network make it less appealing though.

Nissan Terrano : The Duster's better-looking cousin (for some), the Terrano suffers seems too overpriced for its own good. It does get a diesel AMT variant though, which is a good option for those looking for a convenient urban SUV.

Mahindra Scorpio : The Mahindra Scorpio, despite being a 'proper' ladder-frame SUV, is also priced in the same range as the Hyundai Creta. While it may use an old-school philosophy, it is a thoroughly modern SUV.

Tata Safari Storme : The oldest nameplate in this segment, the Safari Storme feels that way too even though it wears a slightly new skin. The Safari still has its road presence, ride quality and interior space to boast about, but its appeal is now limited to those who seem reluctant to let go of the past.

The Honda BR-V might not be that well equipped compared to its competition nor have the driving dynamics of its rivals, but it is supremely spacious and about the only car in its segment that can seat seven people.

All Upcoming Cars
View All
View All