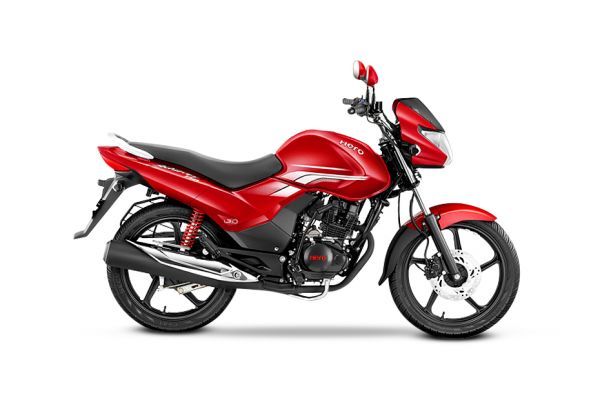 Hero MotoCorp's 150cc power-commuter offering, the Achiever is an affordable offering in the budget 150cc class. Sophisticated looks and comfy ergonomics means it’s a suitable set of wheels for city and highway tracking for those looking for a bit more grunt in their machines without heavily compromising on fuel efficiency.
Read More

Hero MotoCorp also announced that the new GST tax has reduced prices for its two-wheelers ranging from Rs 400 to Rs 1,800 for its mass market two-wheelers depending on the state of purchase and model.Hero MotoCorp launched the all-new Achiever 150 at a sticker price of Rs 61,800 for the drum brake version. The disc brake version of the Achiever, a bike which has been completely developed in the country, has been priced at Rs 62,800 (both prices ex-showroom, Delhi). The next-gen Achiever will be powered by the 149cc air-cooled single cylinder, BS IV-compliant engine that has been refined to churn out 13.6PS of maximum power and 12.8Nm of peak torque; as power will be transmitted via a 5-speed transmission

Does the new Hero Achiever 150 with i3s still have what it takes to bring the fight to the new crop of 150cc commuters, or is it already too late to the party?

May 12, 2017  By Saeed Akhtar Photography: Vikrant Date
All Achiever Reviews