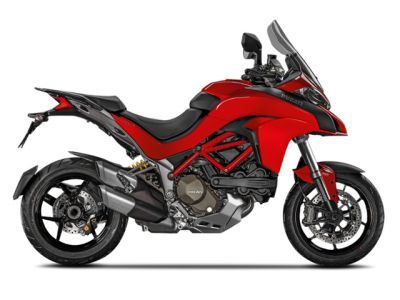 Fighting in the adventure bike space is the Ducati Multistrada 1200 with its powerful 1200cc engine and a phenomenally balanced chassis to go along with it.
Read More

Sept 21, 2016 : With the INTERMOT and EICMA motorcycle show around the corner a new Ducati motorcycle has been caught testing. Well we can’t call it an entirely new product as the motorcycle resembles the Ducati Multistrada 1200 adventure tourer motorcycle. But according to the person who caught the bike undergoing testing in Europe, the particular bikes dimension was much smaller than the conventional Multistrada. This has given rise to rumour that the Italian two-wheeler giant is developing a new entry-level Multistrada

Is Ducati’s full-blooded adventure tourer really the multitasker it promises to be?