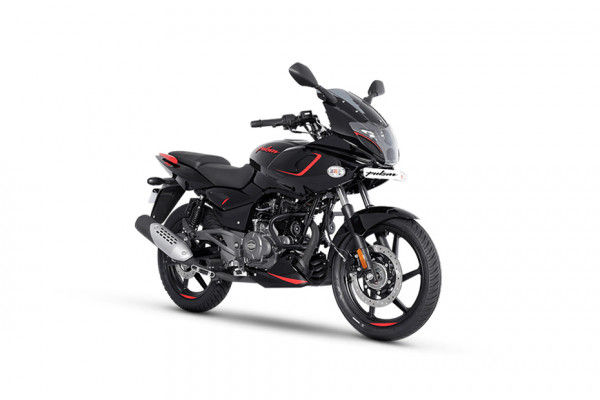 With the launch of the Pulsar 180 naked, Bajaj has pulled the plug on its half-faired Pulsar 180F. The latter had become rather pricey (when on sale: Rs 1,14,003, ex-showroom Delhi) and was not selling as well as Bajaj intended. With the demise of the 180F, the only half-faired Pulsar you can buy now is the Pulsar 220F. More details on the model's discontinuation in this story here.

The Pulsar 180F looks like a spitting image of its elder sibling, the Pulsar 220F. The half-fairing has been around for over a decade, with the design aging beautifully like fine wine. On the 180F, Bajaj has provided neon orange elements that work well with the matte black colour scheme. You could also opt for the gloss black and red combo but the former would be our pick of the two.

There aren’t many modern features on the Pulsar 180F to talk about. No LED headlights, no full digital displays or fancy equipment to boast of. You get dual vertically-stacked projector headlights, which is the same setup as the 220F. The tail-light is LED lit but conventional bulbs are used for the turn indicators. The layout of the semi-digital information console hasn’t changed for nearly a decade as it continues to show data like fuel gauge, speedometer, trip meter and odometer. The tachometer remains analogue. The only premium bit of feature that you find is backlit switches, a novelty feature that you find on all Pulsars.

Powering the Pulsar 180F remains the trusty old 178.6cc single-cylinder DTS-i engine, which, now in its BS6 guise, produces 17.02PS and 14.52Nm. The peak torque has gone up marginally, 0.32Nm more, thanks to the inclusion of fuel-injection. There are no changes to the five-speed gearbox.

On the Bajaj Pulsar 180F, you find a conventional telescopic fork and gas-charged twin rear shocks (with preload adjustability) handling suspension duties. The 6-spoke 17-inch alloy wheels remain the same as they come shod with a slim 90/90-section front and similarly slim 120/80-section rear tyres. There are disc brakes at both ends. Bajaj has equipped the Pulsar 180F with single-channel ABS to save on costs.

Is the addition of fairing a smart move or is Bajaj milking the legacy of the Pulsar 220 too much with the new Pulsar 180F?