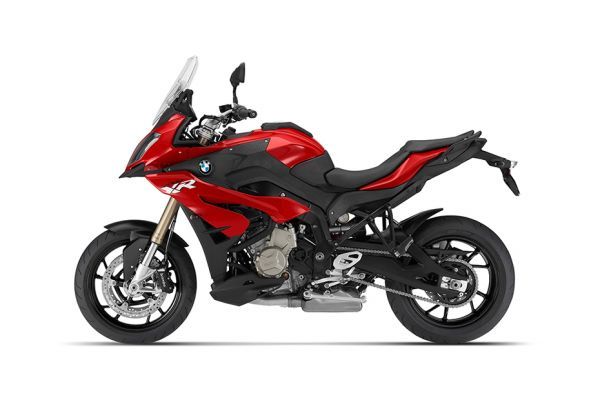 Towards the end of 2014 at the EICMA Show in November, BMW revealed details of its Ducati Multistrada competitor, the S1000XR. With a design that blends good touring ability, great performance and practicality, the S1000XR is part of BMW Motorrad’s expansion plan. The Munich-based manufacturer launched the S1000R and the R nineT in the Indian market recently. But considering the competition’s rapidly expanding product portfolio, BMW is expected to bring the S1000XR to Indian shores pretty soon as well.

BMW leads the charts in the adventure bike segment thanks to the R1200GS and then the S1000RR has been the world’s leading sportsbike since its launch in 2011. In the S1000XR, BMW has managed to blend the characteristics of both these offerings to create an Adventure Sports offering. And that idea itself is exciting.

The XR’s engine is derived from the same straight-four mill that works force on the S1000RR and produces power of 160 horses and torque of 112Nm. In essence this engine is a detuned version of the S1000’s unit. To ensure that the S1000XR has good touring abilities, BMW has built it on an all-new chassis. It employs an aluminum-alloy perimeter frame in which the engine forms part of the load-bearing structure. Moreover, the increased the length of the swingarm and increased the suspension travel, promise an adventure sport riding experience.

As far as styling is concerned, BMW says they have tried to fuse the character strength of the GS models into the XR. Unlike the other BMW models, the S1000XR doesn’t have off-set headlights. The tall handle bars and the high wind screen make for a comfortable ride and then to add to it there is also the long travel suspension setup and a high ground clearance.

In the international market, the 2015 S1000XR is currently being offered in Racing Red or Light White color combinations. An extensive list of OEM accessories and equipment is also available. When launched in India, the BMW S1000XR will also compete against the likes of the Triumph Tiger, Suzuki V-Strom and the Kawasaki Versys 1000. That said, it is expected to be priced higher than all of the aforementioned models.