Does the drop in price make the new BMW G 310 GS a better bike? 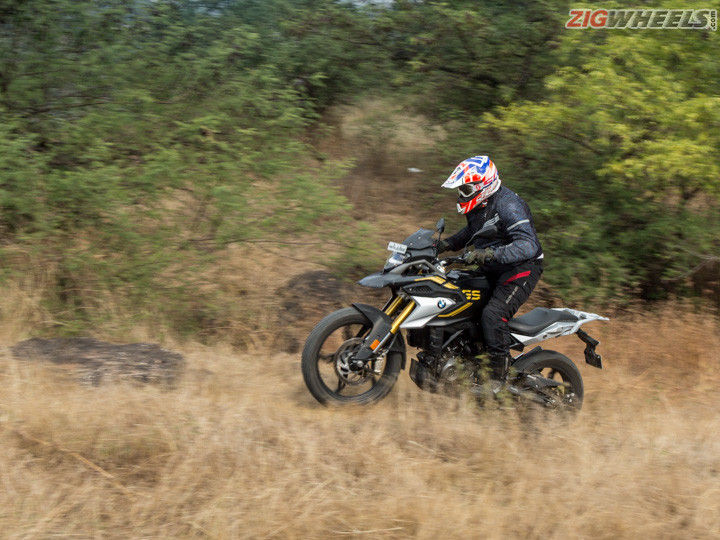 The BMW G 310 GS was a very important motorcycle for the German giant. It was the most accessible and affordable bike in the renowned GS family. The baby GS was also the first BMW motorcycle alongside the G 310 R to be built in India (by TVS) and expectations were quite high. While the BMW G 310 GS did tick quite the right boxes for an ADV tourer, there was one significant problem - its price tag. For a bike that was manufactured in India and not assembled, the Rs 3.50 lakh price tag in 2018 was just asking for too much. even with the BMW badge.

Understandably sales were poor and what made it even more difficult for the German brand was the exorbitant after sales cost. In the BS6 era, BMW have not only updated the 2020 G 310 GS with more features, but have also slashed the prices massively. So is the new BMW G 310 GS a sensible premium ADV now?

The first thing that you will notice when you start riding is the plush ride quality of the bike. On paper, the G 310 GS just has 180mm of suspension travel on the USD fork and the monoshock suspension, but the way the suspension has been tuned is just brilliant. You don’t even need to slow down for small speedbreaker in the city while potholes and broken roads are also ironed out by the baby GS in a composed manner.

The suspension comes into its element while touring as you don’t have to slow down on rough patches of road thereby helping you keep your cruising speeds high. And the soft suspension set-up doesn’t mean that it doesn’t like to go around a corner. Yes, it isn’t as sharp around bends as its streetfighter sibling, but by ADV standards, the G 310 GS does a fairly good job.

The brakes offer good bite and feedback and the GS actually outperformed the G 310 R in our braking test. A big reason for this is the tyres as the R’s MIchelin Pilot Sport rubber feels nervous under hard braking unlike the Metzeler Tourances found on the GS. One thing that you will have to get used to though is the pronounced fork dive.

Another aspect that will enrich your touring experience on the 2020 G 310 GS is its ergonomics. You feel that you’re a part of the motorcycle as you ‘sit inside’ the bike and the rider triangle is just spot-on. The handlebar doesn’t feel too wide or short, the tank shape lets you hold it snuggly and the pegs are positioned perfectly. The spacious saddle also means that riders of varying shapes and sizes won’t feel constrained on the baby GS.

The BS6 transition has resulted in many motorcycles getting a drop in performance, but that isn’t the case with the G 310 GS. It feely peepy and eager, making it a fun-to-ride bike in the city. The gear ratios are also well distributed and city commute can be done in a stress-free manner in third gear.

Clutch action is also light due to a slip and assist system. The BMW also manages to reach triple digit speeds in a sprightly manner, in fact, the G 310 GS is over 2 seconds quicker to 100kmph than the KTM 250 ADV. Another advantage of the bike is that overtaking at triple digit speeds feels effortless as you just need to feed in more revs, rather than  downshift.

The brilliant suspension also shines when the road ends. It does a brilliant job in soaking up the bumps, which means the rider doesn’t feel the jolts and remains stress free, thereby remaining relaxed and enjoying the trails. I am an inexperienced off-road rider and the calm demeanor of the G 310 GS helped in increasing my confidence. You can also stand on the pegs and ride the bike with conviction as the tank is easy to grip while standing. However I felt the handlebar was a bit too low for my height (I am 5ft 10).

The other comforting aspect while riding off-road is that the seat height isn’t too tall. Yes, at 835mm, it’s not exactly short, but the suspension does sag when you get aboard the bike and I was able to flat foot quite easily. While the BMW G 310 GS performs well on minor trails and rough road, don’t mistake it for a hardcore off-roader. Those alloy wheels and fat on/off-road tyres aren’t really suited to tricky trails.

The G 310 GS does complete justice to the BMW badge it wears when it comes to quality. The panel gaps are tight and clean, welds aren’t crude and you will hardly notice any loose wires. The switchgear quality is just fantastic and even premium ADVs that cost more than twice can’t match the quality of the switches of the baby GS. Even after riding the bike over 300km which also included a bit of harsh off-roading there were no squeaks or rattles or any other noise to complain about.

The biggest visual difference between the new G 310 GS and its predecessor is the new LED headlight. BMW designers have executed the design beautifully and I really liked the detail of the LED DRLs. The new headlight is also functional offering impressive illumination and spread. The 2020 G 310 GS also gets adjustable levers, a small addition but it does make an useful impact.

Crank the motor and you hear the same coarse idle sound similar to the older bike and trust me this isn’t a premium experience. If that wasn’t bad enough, vibrations from the motor can be felt at speeds above 80kmph. Vibes aren’t harsh at 100kmph, but anything above that and they can be felt across all the touch points and this can get a bit irritating.

I will add that vibes are more controlled than its predecessor, but it’s still far from perfect. However, even with the reserve performance on offer at speeds in excess of 100kmph, you don’t feel like opening the throttle further because of the harshness of the engine.

The other aspect that can get irritating is the clunky gearbox. The gear shifts did improve over the course of our test, but they are far from what you expect from BMW and a bike at this price point. The hard gear shifts rob you of the premium experience that one expects from the G 310 GS.

The BMW G 310 GS has a fuel tank capacity of just 11-litres, which is clearly the least in comparison to its rivals. What amplifies the limited fuel tank capacity is its fuel efficiency. In our fuel runs, the baby GS managed 29.26kmpl in the city and 32.86kmpl on the highway. This means you’re looking at a real world range of under 350km, which for an ADV tourer is a bit disappointing.

Everything looks premium on the BMW G 310 GS from the riders perspective until you lay your eyes on the instrument console. It’s the same digital LCD unit as seen on the older bike and packs a good amount of info. However, it sticks out like a sore thumb on a bike in 2020 and BMW should ideally have offered a colour TFT unit.

Another miss on the baby GS is the lack of a charging socket. Yes, you can retrofit an aftermarket unit, but that will sure affect warranty, something you don’t want to lose on a BMW motorcycle. Given its touring DNA, the German brand should have offered a USB charger at the very least if not a 12V charger as seen on the KTM 250/390 ADV.

As mentioned earlier, BMW has dropped the price of the G 310 GS and one of the cost-cutting measures is that it misses out on switchable ABS. This comes as a surprise since it’s very helpful while off-roading and the fact that the older bike had this feature makes its removal by BMW even more bewildering.

With all the updates, BMW has made an honest attempt in making the G 310 GS a better bike. However, the most notable and impactful difference on the new bike is its price tag. At Rs 2.85 lakh (ex-showroom), the BMW G 310 GS still remains a premium offering, but now it justifies its asking price. Yes, there are some shortcomings but they aren’t predominant enough to alter your riding experience or your buying decision.

BMW also claims that they have reduced spare costs and service costs for the baby GS as well. However, I must add that it won’t be as affordable as the KTMs. What the BMW G 310 GS offers is a premium ADV touring experience with a dash of value. So if you’re looking for a sub-Rs 3 lakh ADV tourer, look no further. 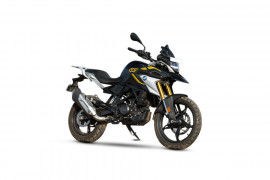 All Comparisons of G 310 GS