The quarter-litre naked is now more affordable than the R15-based streetfighter. Which one makes better sense? 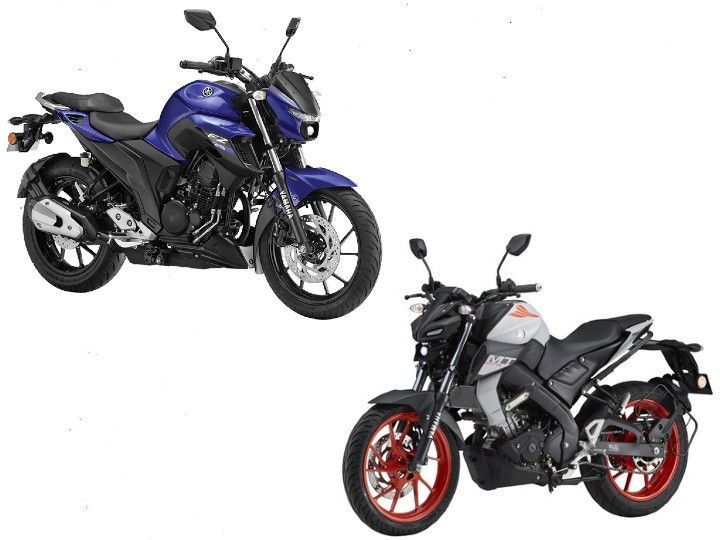 Yamaha caused quite a stir by announcing a massive price cut for the FZ 25 duo. The new prices have not just made it the most affordable 250cc bike on sale in India by a huge margin, but it’s also cheaper than its 155cc sibling-- the Yamaha MT-15. Both these bikes are as different as chalk and cheese but saving up some money for a bigger engine is quite a steal, right? Or is there more to it than the numbers? Let’s find out.

Unlike the FZ 25, the MT-15 gets a 4-valve configuration with Variable Valve Actuation (VVA). Being a high-strung motor, VVA allows the bike to have enough bottom end grunt without compromising on top end. Yamaha has also equipped the bike with a 6-speed gearbox paired with a slip-and-assist clutch. The additional sixth gear also results in a stress-free cruising experience on the highway, something the FZ 25 struggles with.

The Yamaha FZ 25 and the MT-15 have similar hardware. Both come with telescopic forks and a monoshock. However, unlike the swingarm-mounted unit on the FZ, the Yamaha MT-15 gets a link-type monoshock. The linkage dampens the undulations on the road more effectively than the FZ’s unit.

The chassis on both the bikes is vastly different. While the FZ employs a traditional diamond-type chassis, the MT-15 gets a deltabox frame. Not only is the latter stronger, but it also gives better handling capabilities. Another advantage the MT-15 has over the FZ 25 is the 16kg weight difference. Tipping the scales at 138kg, the MT is easier to flick around corners. However, the 795mm seat height on the FZ 25 is accessible to shorter riders, making it easier to handle in traffic or in any tricky situation, something that could be difficult with the 810mm seat height on the MT-15.

Furthermore, Yamaha has given the FZ 25 bias-ply tyres at both ends, which fall short on grip and flexibility. The MT-15, meanwhile, flaunts a radial tyre at the rear but gets a bias-ply tyre at the front.

The list of features doesn't run long. Yamaha has equipped both the bikes with LED illumination all around. Though the bikes get LCD instrument consoles, the FZ 25’s unit is quite archaic. It also lacks a gear position indicator or mileage-related information which the MT does.

The Yamaha MT-15’s aggressive design, peppy engine and short wheelbase translates to an appealing bike with great handling. However, the 10-litre fuel tank, tall saddle height and lack of dual-channel ABS makes its Rs 1,40,900 (ex-showroom) price tag a bit questionable. Having said that, the MT-15 has a more youthful personality and is an enjoyable bike to ride.

For Rs 1,34,800, the Yamaha FZ 25 is a great motorcycle if you intend to stick to commuting and occasional highway runs. It even gets a roomier seat and a larger fuel tank than the MT-15. In fact, even the fancier ‘S’ variant is a good Rs 1,600 cheaper than the MT-15. But if it's an adrenaline rush that you are seeking, the FZ 25 could be a disappointment.