Honda has filed a patent for the CRF300L in India. What does this mean? 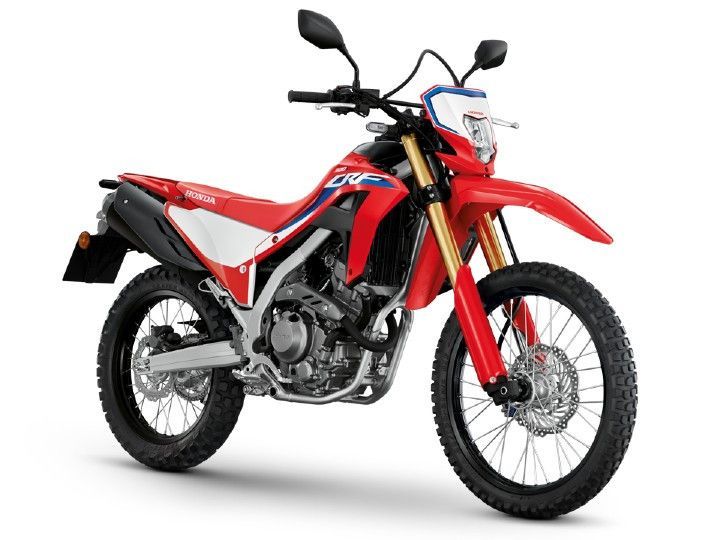 Honda has filed a patent for the CRF300L dual-purpose motorcycle in India. The application was filed in April 2020 and has been journalled recently, in April this year. The Honda CRF250L couldn’t comply with Euro 5 norms, so Honda introduced the Euro 5 / BS6-compliant CRF300L as its successor in December 2020. Now that the 300cc ADV has been patented in India, what exactly does it mean?

The Honda CRF300L is already sold in the UK and in select southeast Asian markets, so is Honda planning to launch the motorcycle in India? Well, it would make sense as the entry-level adventure segment is gaining traction here, with players from Royal Enfield, KTM and even Hero MotoCorp (read Hero XPulse 200) dominating the segment. The only ADV that Honda currently offers is the CRF1100L Africa Twin, but that’s an ADV that’s as premium as premium can be. So, It is high time for Honda to bring an ADV in the fast-growing 300cc space. It would enjoy the uniqueness of being the only Japanese motorcycle in a segment that emphasizes on reliability.

The Honda CRF300L could be a perfect off-road-centric alternative to the KTM 250 Adventure, which is priced at Rs 2,54,483 (ex-showroom Delhi). The CRF300L packs a 43mm long-travel inverted front fork, a preload-adjustable long-travel rear monoshock, a massive 21-inch front and a smaller 18-inch rear spoke wheels with block pattern tyres, and a generous 244mm ground clearance (Thai spec version). Despite the high clearance, the Thai-spec bike also gets a 830mm seat, which is fairly accessible by ADV standards. Sure, it may still be 30mm taller than the one on the Royal Enfield Himalayan, but its narrow seat profile and the bike’s light 138kg kerb weight should make it effortless to maneuver by shorter riders.

The 286cc single-cylinder liquid-cooled engine makes 27.3PS and 26.6Nm. It is mated to a 6-speed transmission with assist and slipper clutch, which should be good enough for the occasional highway jaunt. The only grouse is that the CRF300L gets a puny 7.8-litre fuel tank. This coupled with the claimed efficiency figure of 32.3kmpl should ensure a theoretical range of just about 250km on a tankful. So if you're planning to munch miles regularly, you may have to look at lugging around extra jerry cans.

Expect Honda India to launch the CRF300L either later this year or early next year. Is this an ADV that you would be glad to wait some time for? Let us know in the comments below.