The Flow gets a plethora of segment-first features 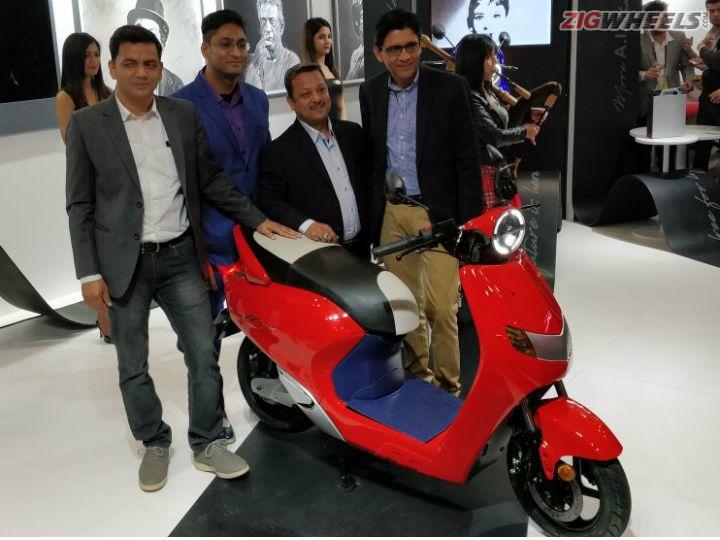 With the much-needed support and push from the government to produce electric vehicles, many two-wheeler giants are entering the electric mobility space in the country these days. In fact, the new space has also given birth to many new manufacturers and start-ups.

Twenty Two Motors is one such startup. The company launched its first ever electric scooter, the Flow, at the Auto Expo 2018 with an aim to make it big in this fast-growing segment. The Flow has been launched at Rs 74,740 (ex-showroom Delhi) and gets a host of segment-first features.

For instance, it is connected to the company’s cloud-based system and can be linked to a smartphone as well. This lets the owner remotely track the vehicle through its built-in geofencing feature. In case of theft, the owner can even turn off the power supply and shut the scooter down via a mobile app. Another handy feature is the different riding modes which has been designed to provide optimum performance out of the battery and electric motor.

Powering the Flow is a DC motor that produces 2.8PS of peak power, which makes it one of the most powerful electric scooters in India. The DC motor here is powered by a lithium-ion battery that can be recharged in just 2 hours. That said, just a 10-minute charge will offer a range of around 20km, which is still enough in case of emergencies or short runs. Otherwise, the scooter has a range of 80km and a top speed of 60kmph, as confirmed by company officials. And if that wasn’t enough to impress us, the Flow features a tech on the lines of KERS (kinetic energy recovery system) technology seen on F1 cars. This enhances battery life by up to six per cent.

In addition to the long feature list, the Flow gets LEDs for the headlight, taillight and turn indicators. Surprisingly, the company has also offered cruise control and a reverse mode to help park the scooter easily. Newbies, though, should use this feature with caution as electric vehicles are high on torque and even the slightest twist of the wrist might just catapult you in the wrong direction while you’re trying to park.

Tipping the scales at just 85kg, the Flow is also pretty light on its feet. On the mechanical front, it comes with a hydraulic disc brake at the front, telescopic front forks and high-tensile steel alloy wheels.

With so much on board, we can’t wait to get our hand on the Flow to see how it performs in the real world.

View All
All Upcoming 22Kymco Bikes