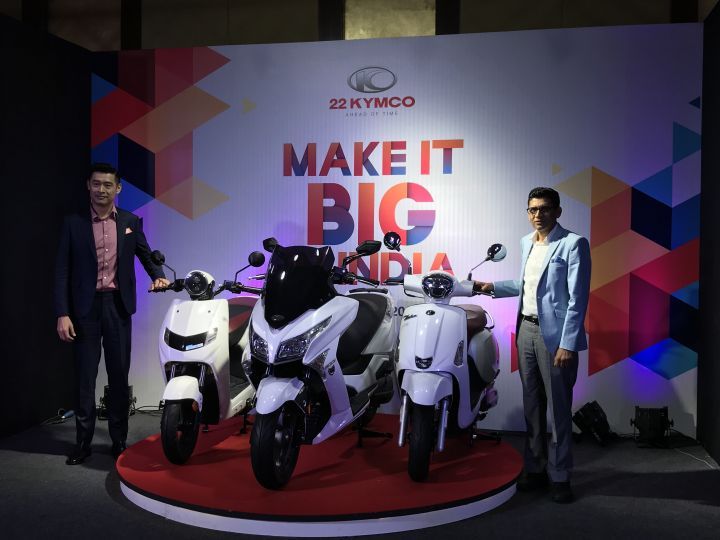 In a bid to capture the premium scooter market in India, 22Kymco has revealed its plans of localisation for its recently launched scooters. The company is setting up a manufacturing facility in Bhiwadi, Rajasthan which, will have a production capacity of 1,00,000 units annually. And more importantly, all of the brand’s scooters in India will be fully localised by the end of 2019. In the first phase of its India operations, 22Kymco will be looking to set up its presence in six cities with the aim to expand to over 300 touchpoints in the next three years.

Initially, 22Kymco will be bringing the X-Town 300i and the Like 200 to India via the CBU route. The first lot that goes on sale in September 2019, will be these CBU units. Hopefully, by then, 22Kymco would have sorted out its vendors so as to aim for complete localisation.

Although it will be relatively easy to procure parts for the aforementioned ICE scooters, the hurdle will be finding battery suppliers to meet its own Ionex standards. The iFlow scooter also employs these Ionex batteries, apart from which most of its parts are made in the country. Once the battery procurement issue is solved, it will be easier for Kymco to bring in its own electric products to India.

At Rs 1.30 lakh and Rs 2.30 lakh for the Like 200 and the X-Town 300i (on-road prices for both) respectively, it may seem that you are paying quite a big sum for a scooter. However, given that these are premium offerings catering to a niche segment, 22Kymco would not be taking a big hit with the first lot. And if they do well, it will surely encourage other manufacturers with similar products like Piaggio, Peugeot, Honda, Yamaha and Suzuki, to bring in more such two-wheelers to India.