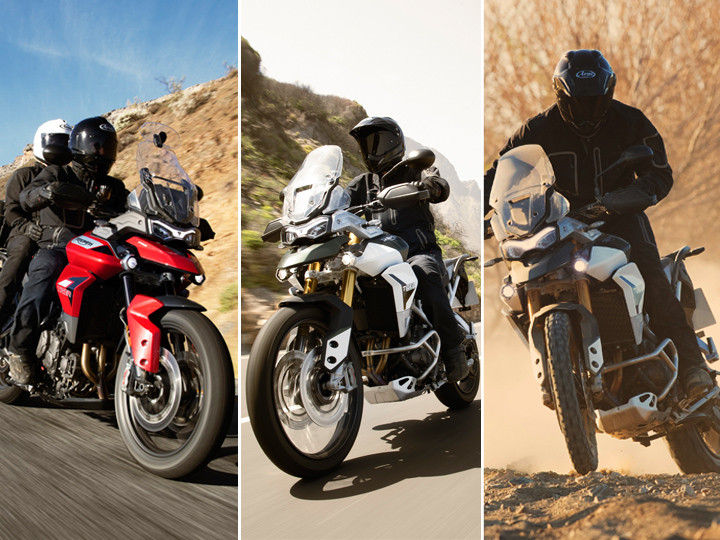 The all-new Triumph Tiger 900 is just days away from its launch. The British manufacturer has started accepting pre-bookings for the ADV online for a token amount of Rs 50,000. Interested customers can choose between three variants: Tiger 900 GT, Rally and Rally Pro. The bike will be launched in June, with deliveries expected to commence by June-end.

The GT variant is essentially a road biased version, same as the 'XR' on the outgoing model. Same goes for the off-road and adventure-focused machine, the Tiger 900 Rally which replaces the ‘XC’ model. This time around both motorcycles fulfil their roles more completely and thoroughly. The Rally is a superb tool for those who are inclined to go rough roading. The Rally Pro steps it up a notch and could prove to be perfect for enthusiasts to push the limits off road. The Pro variant comes with a centre stand for convenience, engine crash guards, an aluminium sump guard, tyre pressure monitoring system, heated rider and pillion seats, auxiliary lamps, and a bi-directional quickshifter. The GT, on the other hand, comes equipped with a low seat options which makes it more accessible for shorter riders.

The new look also brings with it some smart packaging. For instance, the Tiger 900 manages to accommodate 20 litres of fuel instead of 19, despite having a slimmer tank. The headlight too is sleeker and meaner than before. Even the frame is a split unit where the sub-frame could be replaced for a lot less in case of a fall. At the heart lies a new Euro 5-/BS6-compliant 888cc inline-three cylinder engine, which puts out 95PS (same as before) of power and 87Nm of peak torque, an increase of 8Nm. According to Triumph, the exhaust note has been tuned to sound throatier, thanks to the new 1-3-2 firing order.

Also Read: Where Has The Triumph Tiger 900 Taken A Step Back From The Tiger 800?

Helping you ride better, safer and smarter are a bunch of electric rider aids including four rider modes: Rain, Road, Sport, Off-Road, which come as standard, and an additional two (Rider and Off-Road Pro) offered with the Rally Pro variant. The ADV also features cornering ABS and a bi-directional quickshifter). You also have the My Triumph connectivity module as standard on the pro trims. The bike’s hardware has been updated as well, you can read more about it here.

As for its pricing, we believe the new Tiger 900 range could retail between Rs 13 lakh and Rs 16 lakh (ex-showroom) which will put it squarely against the Ducati Multistrada 950, the BMW F 750 GS, and F 850 GS range.