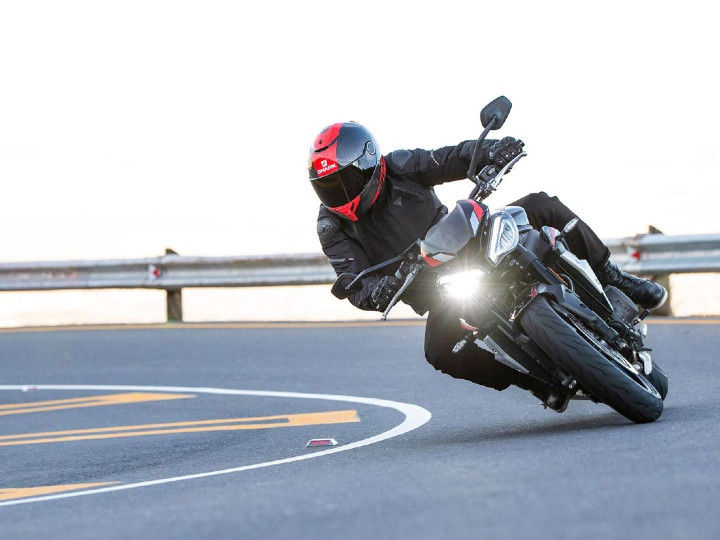 The 2020 Street Triple R carries the same bodywork, sharper twin LED headlamp setup and visor as the new Street Triple RS. The only way to differentiate between the R and RS is through the livery and the colour TFT screen that the R misses out on.

It misses out on the RS’s goodies

The Street Triple R continues to use the old semi-digital instrument console. It gets traction control, slip and assist clutch, and three ride modes: Road, Rain and Sport. The Street Triple RS gets two additional rider modes: Track and Rider programmable which the R misses out on. That said, the R gets a bi-directional quickshifter also seen on the RS.

Its performance is closer to the RS

The Street Triple R’s 765cc liquid-cooled in-line triple motor delivers 118PS at 12,000rpm and 79Nm at 9350rpm. That’s 5PS down on the Street Triple RS but both motorcycles offer the same torque output. At 168kg, the Street Triple R weighs just 2kg more than the RS so we are pretty sure you will be able to keep up with an RS rider on your R.

Also read: How Different Are The Street Triple’s R And RS Trims?

It has impressive underpinnings

Suspension components on the Street Triple R comprise fully adjustable Showa separate function big piston forks (SF-BPF) and fully adjustable Showa monoshock with piggyback reservoir. It gets Pirelli Diablo Rosso IIIs that offer fantastic performance on the road and last longer than the Pirelli Supercorsas on the RS variant. Braking on the R variant is via dual 310mm discs with Brembo M 4.32 radially mounted monobloc calipers and a 220mm rear disc with a Brembo caliper. So you get a premium kit and the ability to fine-tune the suspension to your liking.

It is priced lower than the S

Triumph has launched the Street Triple R at Rs 8.84 lakh (ex-showroom). That is Rs 35,000 less than the now-discontinued Street Triple S and a whopping Rs 2.49 lakh cheaper than the Street Triple RS. These are introductory prices and are expected to increase later so now might be a good time to go for the middleweight streetfighter.