This custom-built motorcycle is something we’d like to see in our garage, but probably won’t 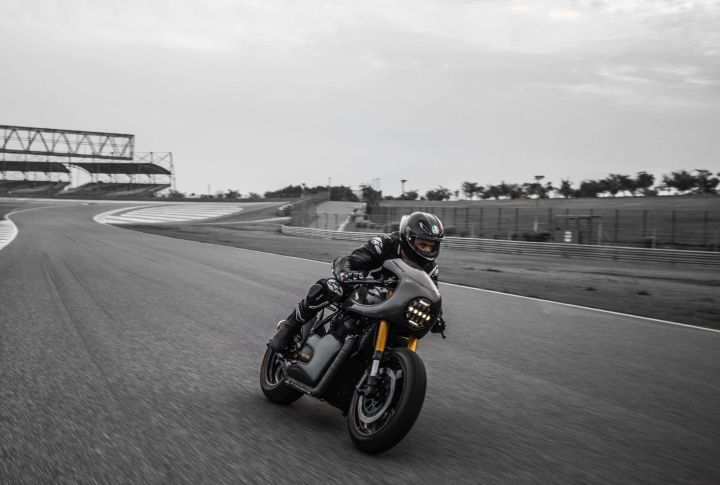 If you’re a fan of cafe racers, Rajputana Customs has something for you to fawn over. The Jaipur-based custom house has taken the already-gorgeous Royal Enfield Continental GT 650 and turned it into a work of moving art called the ‘Vigilante’.

Like what you see? Well, a good amount of work has gone into making it look that way. For example, to give it a proper cafe racer design, the folks at Rajputana Customs has given the Continental 650 a new half-fairing, a slim leather seat, new side panels encasing the engine and a slick black paint finish with golden highlights.

Apart from the visual changes, attention has been paid to the riding dynamics as well. For starters, the trail has been reduced to sharpen the handling. Rajputana has also rebuilt the rear subframe and added a single-sided trellis swingarm. This has also helped in reducing the overall weight of the motorcycle. Along with it, the Vigilante also gets a Showa front fork from a Ducati 848 EVO to give it more agility and better front end feel. Furthermore, the custom motorcycle also gets an Öhlins TTX GP rear shock, Brembo brakes, 17-inch Marchesini rims and Pirelli Diablo Rosso slicks. Oh, did we not mention the dual exhaust system with brass tips?

The only “mechanical tuning” it has received comes in the form of a K&N air filter. Apart from it, the 648cc parallel-twin motor remains unchanged. To see this build in action, here’s the company’s official video.

Now, the only thing that remains to be seen is if we can get our hands on it? For now, it’s just a one-off custom build commissioned by Royal Enfield and is stationed at its cafe in Goa.