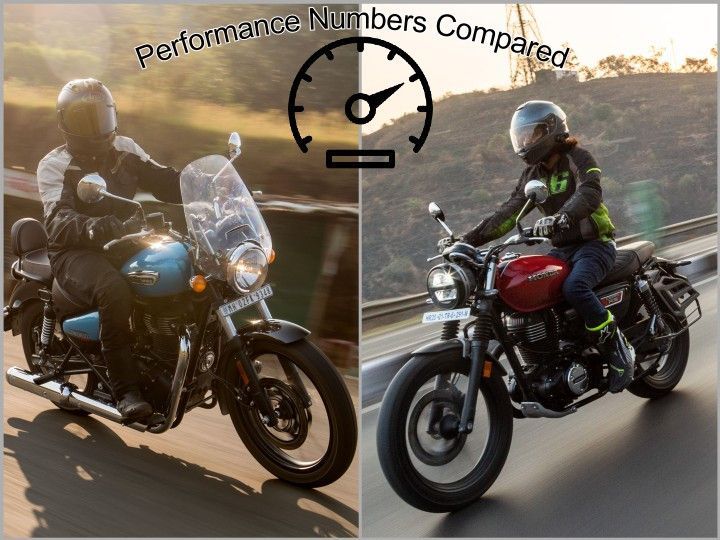 The Royal Enfield Meteor 350 is the Chennai-based bikemaker’s first all-new 350cc motorcycle based on the new J-platform. Apart from the Honda H’Ness CB350, this cruiser also goes up against the Jap’s sportier sibling, the Honda CB350RS. We’ve tested both bikes, so let’s see which one is superior in terms of performance figures:

The Honda CB350RS is 0.67PS and 3Nm more powerful and torquier than the Royal Enfield Meteor 350. This, coupled with the massive 12kg weight difference (with the CB350RS being the lighter bike, at 179kg), has resulted in slightly sprightlier acceleration. But despite the fairly considerable differences in specifications, the Meteor isn’t really all that far behind.

Despite having the upper hand in terms of specifications, the taller gearing, coupled with the not-so-great bottom-end grunt, makes its presence felt in the in-gear roll-on accelerations. The Meteor 350’s gearing is well-spaced, with the fourth gear being responsive even from as low as 30kmph. This makes the Meteor 350 a better city slicker than the CB350RS.

The Meteor 350 gets a 300mm front and a 270mm rear disc combination with dual-channel ABS, whereas the CB350RS employs a bigger 310mm front and a smaller 240mm rear unit with dual-channel ABS. The bigger brakes and the lighter weight have made a considerable difference in braking, especially from 80-0kmph. Having said that, the Meteor 350 is pretty close when it comes to braking from 100kmph. This could be because of the road-biased rubber in the Meteor offering relatively better grip at higher speeds, compared to the slightly off-road tyres in the CB350RS.

If you’re looking for pure performance, the lightweight and agile Honda CB350RS makes sense. The Royal Enfield Meteor 350, on the other hand, is ideal for those who like to munch miles on the highway and also use their bikes on their daily office runs. 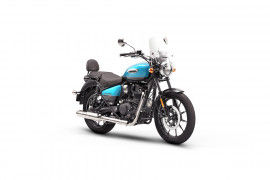