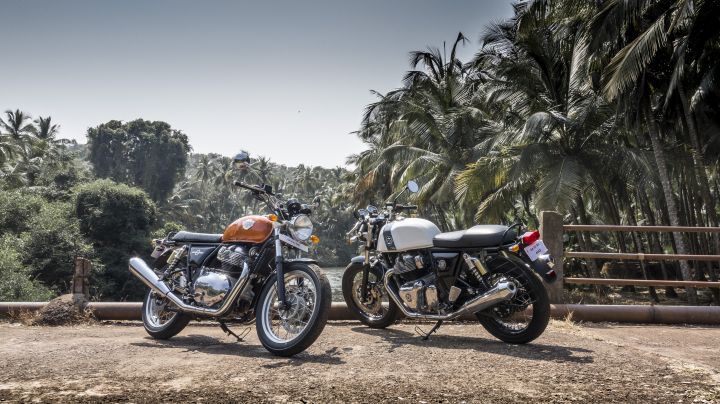 The Royal Enfield Interceptor 650 and the Royal Enfield Continental GT 650 have been selling like hot cakes in the Indian market. In May, the two bikes tallied a combined sales figure of 2,427 units, the highest for any premium motorcycle. In comparison, the KTM 390 Duke, Kawasaki Ninja 300 and the TVS Apache RR 310 recorded sales figures of 396, 174 and 175 units respectively. If you compare the total sales of these three motorcycles against the 650 twins’ numbers, the latter’s tally is more than 3 times the former’s!

This is a clear sign that the 650 twins’ starting price of just Rs 2.5 lakh (ex-showroom) has made them one of the most sought-after bikes in the Rs 2 lakh - 3 lakh price bracket. Moreover, for the price, you get almost twice the displacement compared to their rivals in the price range. That said, we couldn't get our hands on the sales numbers of other rivals, the BMW G 310 R, KTM RC 390 and the Benelli TNT 300. The demand is also because of the 650 twin’s inherent versatility, which makes them ideal for riders across different age groups, whereas the other three motorcycles are mostly intended for riders seeking performance, thanks to their sportier engines and ergonomics. They have also become the most affordable way to experience the premium ‘big-bike feel’.

The KTM 390 Duke’s numbers have been witnessing ups and downs in the last four months with sales ranging from around 280 to 500 units. But overall, things aren’t looking too good in the recent past for the venerable 390 Duke. If you compare the total tally in the financial years 2018 and 2019, sales have dropped by 47per cent from 11,197 units to 5,891 units. The 650 twins’ arrival isn’t the only reason to be blamed. It is also because of the new 5-year insurance rule which has brought the price up considerably. At one point of time, the 390 Duke was the most value-laden performance motorcycle under Rs 3 lakh but now it seems to have lost its sheen in the presence of the 650 twins from Royal Enfield.

At 179 units in May, the TVS Apache RR 310’s sales numbers is the lowest in the last three months. The flagship motorcycle from TVS seems to have failed to catch the fancy of riders as its sales hovered around 170 to 279 units from February 2019 to May 2019. It is likely because of the engine’s inherently vibey character and spare parts cost that have put a dampener in the bike’s demand. That said, we do hope the bike’s sales show an improvement now that the slipper clutch-equipped version has been launched.

The Kawasaki Ninja 300, on the other hand, has been doing pretty well since its price drop thanks to heavy localisation. For a brief period, it was the country’s most affordable twin-cylinder motorcycle until the Royal Enfield 650 twins stole its thunder. If you compare the year-on-year sales for the month of May, the bike’s tally jumped from just 2 units in 2018 to a massive 174 units in 2019! Overall, Kawasaki seems to be doing pretty well for itself compared to how it used to perform before. Moreover, these numbers are pretty healthy considering the fact that the brand has only 25 dealerships in the country.

Be Prepared To Shell Out More For The Royal...