Royal Enfield has unofficially commenced bookings for the BS6-compliant Interceptor 650, hinting at its imminent launch. Here’s what to expect from the upcoming motorcycle 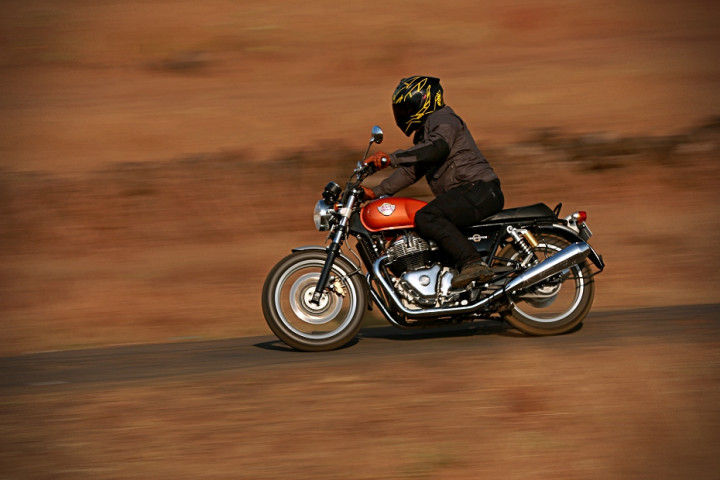 Select dealerships across the country have commenced unofficial bookings for the Royal Enfield Interceptor 650 BS6. Most of the dealerships have also sold out their BS4 stock, so it is likely that Royal Enfield could launch the motorcycle soon. Here’s what we expect from the upcoming motorcycle:

How much will it cost and when could it be launched?

Being a new-generation motor, the 648cc parallel twin unit is built to be BS6-ready. So the price hike is likely to be only marginal. Expect Royal Enfield to price the Interceptor 650 BS6 at around Rs 6,000 to Rs 8,000 over the BS4 model. The BS4-compliant Royal Enfield Interceptor 650 starts from Rs 2,64,919 (ex-showroom Delhi) for the base orange colour. Since the unofficial bookings are already open at select dealerships across the country, expect Royal Enfield to launch the motorcycle by the end of next month.

May compromise slightly on power:

The 648cc parallel twin air-cooled engine with oil cooler currently produces 47.6PS at 7250rpm and 52Nm at 5250rpm. The Classic 350 BS6’s power output is 0.71PS less than the BS4 model, at 19.3PS. So expect the Interceptor 650 BS6 to witness a minor decrease in power too. That said, we hope the difference wouldn’t be all that noticeable in the BS6-compliant motorcycle. The engine will continue to use the same 6-speed transmission with assist and slipper clutch.

Likely to get new colour options and alloy wheels:

The BS6 Royal Enfield Interceptor 650 is likely to come with new colour options. Like the BS6 Royal Enfield Classic 350 Gunmetal Grey and Stealth Black, expect certain colour variants of the Interceptor 650 BS6 to feature alloy wheels as standard. That said, Royal Enfield might just offer the alloys as optional fitment across other colour variants as well. Thanks to this, the brand will be able to fit tubeless tyres as standard in these variants, which can handle punctures much better than tubed ones.

Features and underpinnings are expected to remain unchanged:

The Royal Enfield Interceptor 650 already is staggering value for money considering it is the most affordable 650cc motorcycle in the country by a huge margin. With the expected price hike, there is no need for Royal Enfield to justify the premium with tangible features as the bike will still retain its value-for-money proposition. So expect bits like the instrument console and the underpinnings to remain the same.

Apart from tubeless tyres in certain colour variants, the BS6 bike is expected to carry over the same telescopic front fork, twin gas-charged rear shock absorbers, 320mm front and 240mm rear disc with dual-channel ABS from the BS4 bike. However, we hope Royal Enfield makes the seat in the BS6 model more comfortable.

Images of the BS4 Royal Enfield Interceptor 650 shown for representation