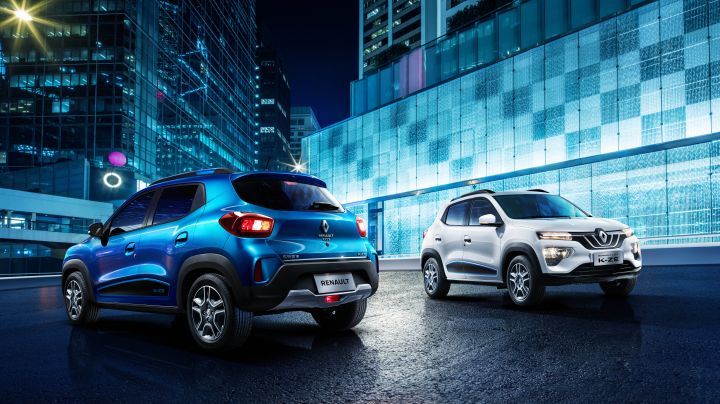 Renault has showcased the production version of the Kwid EV at the 2019 Shanghai Motor Show. The EV is based on the same CMF-A platform as the Kwid, albeit with a few modifications to accommodate batteries and an electric motor. However the specifications of the same haven't been revealed yet.

The battery can be charged using regular 220V domestic and public plug points. You also get a ‘fast charge’ feature that can juice up the batteries from 0 per cent to 80 per cent in 50 minutes. In the slow charge mode (yes, Renault really calls it that), the batteries take 4 hours to charge to the full capacity. And while it has not been officially revealed, the City K-ZE will have an approximate range close to 250Km.

While the silhouette of the City K-ZE is the same as the Kwid, there are some design differences. The front gets a new grille along with a new headlamp setup, and the rear gets some minor tweaks as well. Its practicality though remains unhampered as it still retains the same 300-litre boot space as the India-spec Kwid. Ground clearance in the Chinese market has been dropped to 150mm, as compared to the 180mm clearance in India.

Inside, the cabin remains largely similar to the Kwid with a functional setup. Key highlights include an 8-inch touchscreen infotainment system which also gets online navigation, real time monitoring for EV features, 4G WiFi and voice recognition. The drive selector though has been moved close to the handbrake, unlike the rotary dial that sits on the dash in the India-spec Kwid AMT. Furthermore, the Renault City K-ZE packs PM2.5 sensors and an air quality control system, which evaluates cabin air quality and switches between interior and exterior air circulation automatically. It also gets features like a rear camera and a tyre pressure monitoring system.

The Renault City K-ZE has been built in China, and will be exclusively available in the Chinese market for now. Renault could consider the Kwid EV for India later in its life cycle. It could be offered as a budget EV to rival the likes of the upcoming Maruti WagonR EV.