The Renault Kwid EV is coming to Auto Expo 2020! 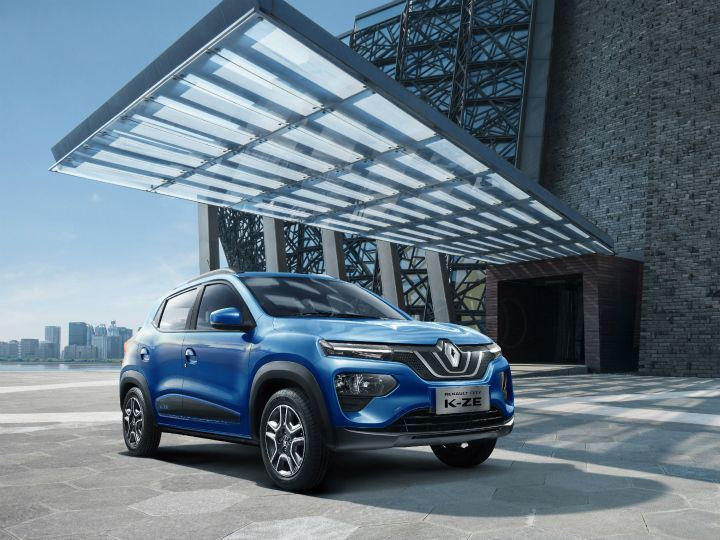 Renault India doesn’t seem to have had enough of the Kwid. It has now teased a new electric vehicle (EV) based on the sub-compact car. The Kwid EV features in the company’s teaser video previewing its presence at Auto Expo 2020 which begins later this week. We had long suspected the Kwid electric would debut at the event and this teaser comes as a confirmation. We have already listed Renault’s lineup for the expo which you can read here.

In the teaser, Renault shows a part of the Kwid’s front fascia overlaid with the text: 'An electrifying experience awaits'. This clearly points to the Kwid EV sporting a look almost completely identical to the current ICE Kwid. This isn’t surprising, considering the EV is already available in China as the City K-ZE.

While specifications remain a mystery at the moment, we expect the Kwid EV to carry the same running parts as the K-ZE, which had debuted at the 2019 Shanghai Motor Show. This means the same Renault CMF-A underpinnings and the same permanent magnet synchronous electric motor producing 45PS and 125Nm as the K-ZE.

This powers the City K-ZE to a claimed top speed of 105kmph. The electric motor on the K-ZE comes powered by a 26.8kWh battery pack, which gives it a 270km range per charge (NEDC claimed).

The Kwid EV is also likely to receive the same fast charging capabilities, zooming to 80 per cent charge in just 30 minutes. Its standard charger takes four hours to charge the battery to full. The battery pack also packs in a high-temperature power cut-off to preserve battery life in extreme conditions.

In terms of features, expect much of the suite we already get on the ICE Kwid. This includes the 8-inch touchscreen infotainment system, voice recognition, as well as the Renault Easy Link connected car tech. The Kwid EV may be shown as a production-ready car at the expo but it could take a long time before it is launched in the country.

The Renault Kwid EV will go up against the Mahindra eKUV100 and possibly the XL5 EV, both of which are also expected to make their expo debuts this time.

Watch this space as ZigWheels brings you the latest updates from Auto Expo 2020.