Electric Version Of The Renault Kwid Goes On Sale In Europe

Launched as the Dacia Spring EV, it’s one of the most affordable all-electric cars in Europe 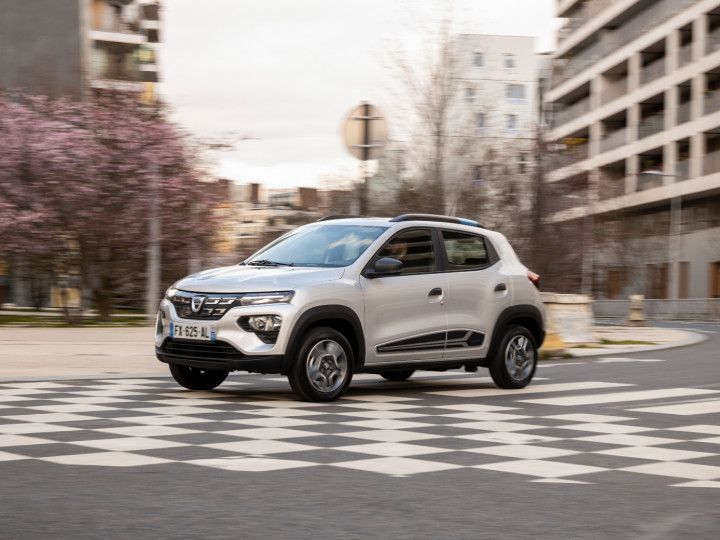 The Renault-owned Dacia has launched the Spring EV in France at 16,990 Euros (Rs 14.72 lakh). It’s essentially a rebadged Kwid with an all-electric powertrain. The Spring EV is offered in three variants: Standard, Business, and Cargo (with up to 1,100 litres of boot space). Renault showcased the Spring EV as the K-ZE at the 2020 Auto Expo.

An all-electric motor and battery pack replace the ICE powertrain in the electrified Spring. The motor develops 44PS of power and 125Nm of torque, and draws electricity from a 27.4kWh battery pack. Sure, these are no mind-boggling numbers, but it’s capable of doing 305km on the Worldwide Harmonised Light Vehicle Test Procedure cycle (WLTP) within city limits. On average, one can expect a range of 230km.

The Spring EV’s battery pack is capable of fast charging, going from 0-80 percent in under an hour using a 30kW DC fast charger. A 7.4kW home charger can take it from nought to 100 percent in five hours. Not bad for a budget EV, considering the Nexon EV goes from 20-100 percent in around eight hours, using a 15Amp charger cable.

In terms of design, the Spring EV looks similar to the standard, except for the ‘Dacia’ badge and grille. There’s also a funkier variant (similar to the Kwid Climber), with orange elements on the doors, ORVMs, and the grille. The cabin is similar to that of the Kwid, save for the four-spoke steering wheel and smaller 7-inch infotainment system.

Earlier, Renault had said it would launch an EV based on the Spring/Kwid’s platform (CMF-A) in India by 2022. However, in our recent conversation, the carmaker said it won’t be launching the Kwid EV anytime soon due to the lack of charging infrastructure.