The outcome comes as a little bit of a shock, considering the tested electric hatch featured six airbags, ABS with EBD, and ISOFIX child seat mounts 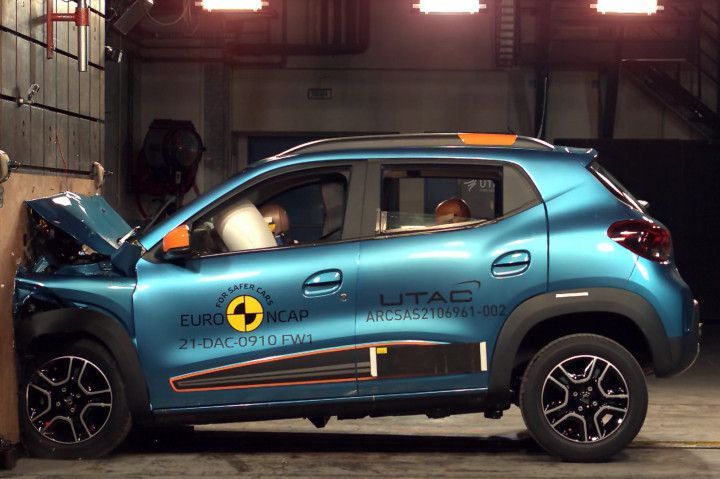 The Dacia Spring EV, also known as the Renault K-ZE (Kwid EV), has received just 1 star in the Euro NCAP safety tests. For context, the ICE-powered Renault Kwid secured 2 stars in the Global NCAP assessment, which is less stringent than Euro NCAP, but still in line with Indian norms and requirements.

Though the body shell was rated stable in the frontal offset crash, the electric hatch lost points for poor protection to the legs from structures behind the dash. Even the protection to the driver’s chest and pelvis was rated poor in this test. That said, the front seats were tested to provide good whiplash protection to the occupant’s head in case of a rear-end collision.

The e-call system, which dials emergency services in a mishap, afforded the hatchback extra points. However, it was penalised yet again as the doors needed additional force to open post impact. The lack of advanced safety systems also brought down the safety rating.

Renault showcased the all-electric Spring at the Auto Expo 2020. However, it remains to be seen if the hatch gets the green light for an India launch. We will update this space as soon as we get more information, so stay tuned.