Happy Birthday USA! Thank You For These 5 Bikes!

America has given us a lot more than just cruisers 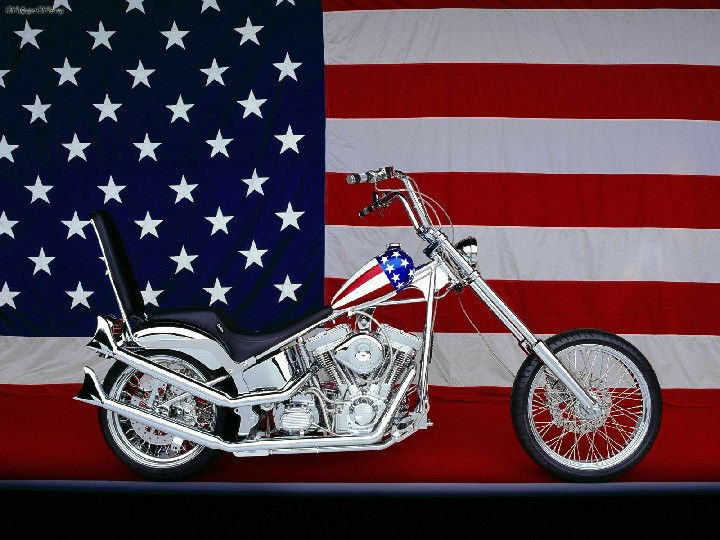 Get latest updates on
the automobile community
Login Now
Happy birthday America. Congrats on completing 244 years of independence. You have had tough times and you have made some weird choices along the way, *cough*Trump*cough*. But you have given us some great bikes along the way. We are extremely thankful for these five bikes:

Harley-Davidson Fat Boy
Of all the Harley-Davidsons in the world, the Fat Boy has to be the most iconic cruiser to roll out of Milwaukee. But what if we told you that Harley never intended to give birth to its Softail family at all. Shocking, isn’t it? The original designs for the ‘softail’ chassis came out of a garage in Missouri by a chap called Bill Davis. He gave the frame a hardtail look but neatly tucked away the shocks with a swinging cage rear suspension. Harley’s Willie G (grandson of the company’s co-founder William A Davidson) initially did not invest in the idea only to later buy the concept from Davis. Davis and Harley engineers worked closely to build the first Softail model in 1984 and the first prototype Fat Boy was shown at the 1988 Daytona Bike Week. Two years later, the first Fat Boy rolled off the production line and the rest as they say is history.

This solid-cast wheeled steamroller has seen minor changes in the 30 years it has been on sale but the ethos of the bike remains constant. Its most iconic moment remains the scene from Terminator when Arnold Schwarzneggar (or rather his stunt man Peter Kent) jumped this 300+kg behemoth jumped from 3m high. The movie was a box office hit and the crowds thronged to Harley dealerships to get the Fat Boy.

Indian Chief
Another cruiser that is so quintessentially American has to be the Indian Chief. The combination of dark maroon and tan leather has never looked so exquisite. This American brand has quite a chequered past with multiple bankruptcies. But whenever the brand was revived, the Chief was the first bike to be offered. Even current owners Polaris did the same with a brand new Chief introduced in 2014. And even though Polaris launched the larger Chieftain with all the leather tassels in the world, it is the Chief (and the Scout) that remains the brand’s most recognisable model. The war bonnet fender ornament has been a trademark signature of the Chief and featured on every single large capacity Indian motorcycle ever since. The only sad bit is that for 2020, the Chief no longer arrives in maroon.

Buell XB12R Firebolt
One of Harley-Davidson’s most famous engineers, Erik Buell, started his own company to make performance sports machines. Even though he dabbled with turbocharging Harley Sportster engines and fitting them into a sport bike frame, which ended quite disastrously and cost Harley quite a bomb, his most iconic creation remains the XB12R Firebolt. The Firebolt was a naked motorcycle with an extremely short wheelbase and a 1,203cc V-twin engine. Buell had converted the Sportster based engine into a real powerhouse of a motor that doled out a little more than a hundred horses, more than what even the current Sportster engines produce. Those who have been fortunate enough to ride it have always come back astounded with the handling prowess of the bike. The 21-degree sharp rake angle made the bike extremely agile.

Harley shut down Buell’s division in 2009 bringing a curtain down on one of the most enigmatic motorcycle companies of the world. And even though Erik Buell did try to continue to pool in resources to fund his ailing racing division, notably from Hero MotoCorp, his internal combustion dreams came to a crumbling end. He has now shifted his focus to urban mobility solutions with Fuell and is working on something really interesting and cool.

MTT Y2K
A turbine engine on two wheels and road legal? Only the Americans could have thought of that. Marine Turbine Technologies took a Rolls-Royce Allison 250 turbine, which normally would power either a chopper (the one that flies not the cruiser) or small aircrafts, and attached some cycle parts to it. The early versions of the Y2K pumped out around 324PS, which is quite close to the Kawasaki Ninja H2R’s 326PS peak power output. But MTT went on to tune the Allison 250 turbine to dish out 100PS more than what the Kwacker, making it one of the most powerful beasts on two wheels. Even though there are hardly any public roads in the world, let alone in India, where you will be able to fully unleash the potential of the Y2K, it will still remain one of the most incredible hair-raising moments of your lifetime. It is a garage must-have if you seek weird and crazy bikes. MTT will still sell you one, at an astronomically high price though.

Lightning LS-218
The one and only electric bike in the world to beat all its internal combustion engine counterparts at the incredible Pikes Peak Hill Climb event happens to be the world’s fastest electric bike ever: the Lightning LS-218. In 2013, with the late legendary Carlin Dunne at the helm, Lightning humbled the likes of Ducati Multistradas and Kawasaki ZX-10Rs (its nearest rival was 21 seconds adrift) by completing the hairy mountain course in 10 minutes 0.694 seconds. While it wasn’t able to outdo the then course record set by Dunne himself a year earlier on a Multistrada (9 minutes 52.819 seconds), it still set a benchmark for electric motorcycles that is yet to be breached. And it looks uncertain that it will ever be as the organisers of the event have deemed it too dangerous for two-wheels following the death of Dunne in 2019. 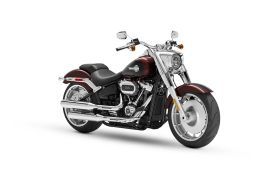 All Comparisons of Fat Boy 114