New Mahindra Thar Deliveries Now Underway As Bookings Cross The 15,000 Mark In Less Than A Month

The second-gen Thar received over 9,000 bookings in the first five days of its launch 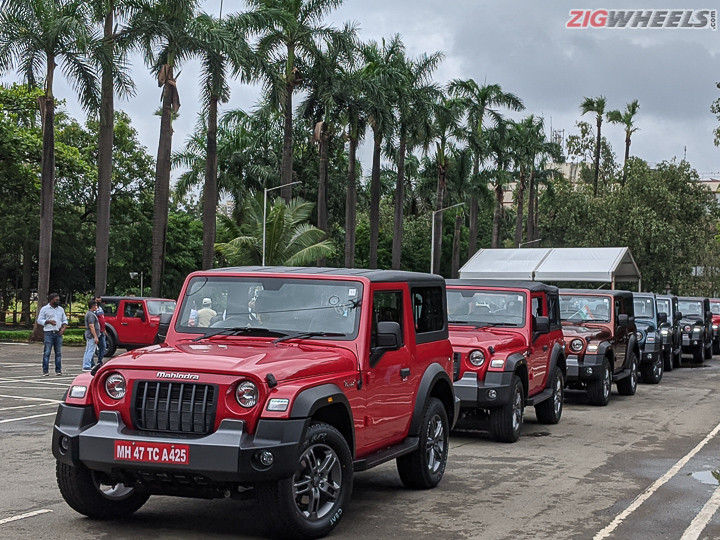 Deliveries for the second-gen Mahindra Thar are now underway with over 15,000 bookings made for the iconic SUV. Launched on October 2, the new Thar is every bit of an off-roader as its predecessor, with a commuting element added to the mix. That has probably factored into the interest the new Thar has garnered over the past month or less.

Bookings for the Thar commenced on the same day as its launch and crossed the 9,000 mark within the first five days! Mahindra has made significant upgrades to the new Thar, adding a practical element to an otherwise barebones first-gen off-roader. It gets a bunch of firsts such as multiple factory-fitted roof options, 7-inch touchscreen infotainment system, premium features such as electronic AC and cruise control, and a front-facing bench for the back row. It is offered in the AX, AX Opt, and LX trims and is now available for test drives throughout the country.

Under the hood, it gets a 130PS/300Nm 2.2-litre diesel engine along with a 150PS/300Nm (320Nm in AT) 2.0-litre turbo petrol engine. Transmission options include a 6-speed manual and a 6-speed automatic gearbox, which transfers power to all four wheels via a 4x4 drivetrain. Its off-road prowess is emphasised by a low-range transfer case, brake locking differential, and a mechanical differential for the rear axle.

The urban functionality mixed with the adventurous legacy has definitely been a key factor in broadening the Thar’s overall appeal. That said, its fair price range of Rs 9.80 lakh to Rs 13.75 lakh (ex-showroom) could also be a major contributor to the same.