Over 15,000 Bookings Have Been Made For The New Mahindra Thar!

Its solid start could be attributed to its more mainstream appeal 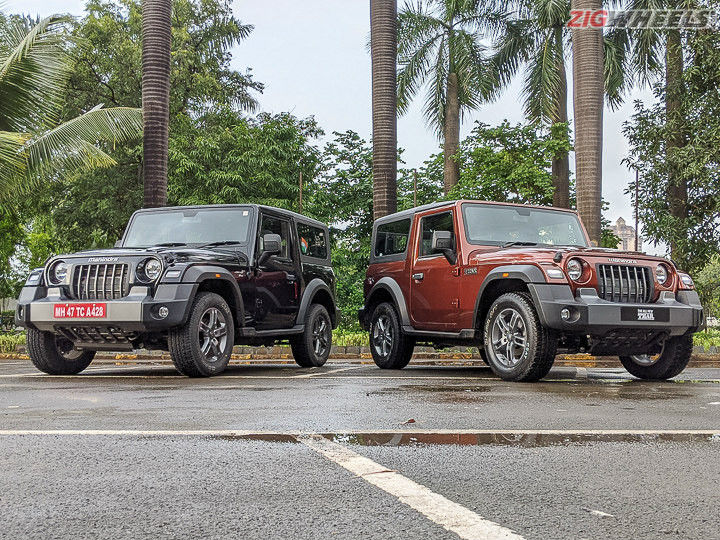 Almost a month has passed since Mahindra launched the second-generation Thar and the off-roader continues to achieve milestones. The carmaker has now revealed that the new Thar has garnered over 15,000 bookings in just 18 days! Before that, the Thar had already received over 9,000 bookings within the first five days of launch. The carmaker claims that around 57 percent of the bookings have been made by first-time car buyers. It has also received over 65,000 enquiries for the off-roader.

While initially, the Thar test models were limited to 18 cities, the carmaker added another 100 cities for Thar test drives on October 10 and extended it to the rest of the country by October 15. Bookings can be made either online or at authorised Mahindra dealerships for a token amount of Rs 21,000.

The 2020 Thar utilises a  2.0-litre petrol engine and a 2.2-litre diesel motor. The petrol mill delivers 150PS and 300Nm (320Nm in AT) whereas the diesel engine makes 130PS and 300Nm. Paired with a 6-speed manual or a 6-speed automatic gearbox, power is distributed via a 4X4 drivetrain. Other off-road highlights include a low-range transfer case, mechanical differential for the rear axle, and a brake locking diff.

Deliveries of the 2020 Mahindra Thar will commence on November 1. You can also personalise the Mahindra Thar with a host of accessories split into two categories: maintenance and adventure. The new Thar will compete with the upcoming Maruti Suzuki Jimny and Force Gurkha.