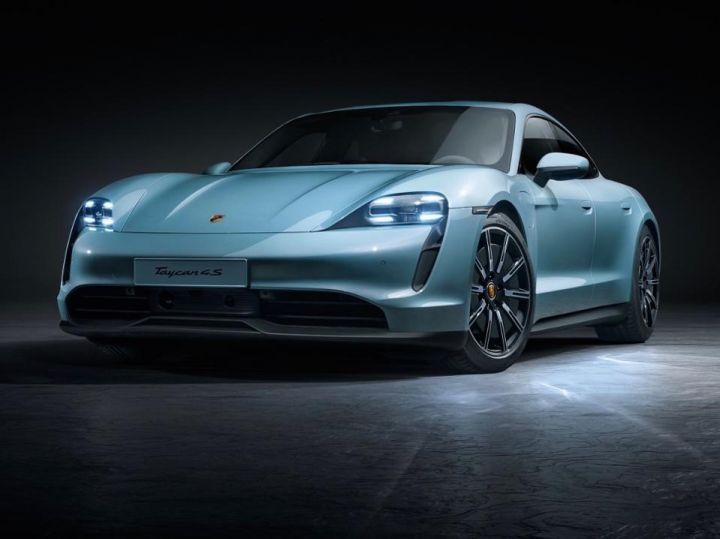 Porsche went green in style with the all-electric Taycan 4-door sedan, which gets two powertrain options that are infamously dubbed the Turbo and the Turbo S. While both models pack enough power and tech to take on the Americans, what the electric performance sedan lacked was an entry-level VFM proposition. Porsche aims to change that with the all-new Taycan 4S. With a sticker price tag of $103,800, it undercuts the pricing of the Taycan Turbo S by a whopping $76,000 (Rs 54 lakh)! This base price comes as a result of a smaller 79.2kWh battery pack capable of pushing out 530PS. What’s more? You can also get the 93.4kWh battery pack from the Turbo and Turbo S as a performance option on this new electric vehicle (EV). If you want one in India, you’ll have to wait till mid-2020.

Less power should equal more range and the Taycan 4S with the base setup returns a driving range of upto 463km while the performance battery equipped version will deliver close to 400km of range (both WLTP). The 4S uses the same powertrain layout as its bigger brothers— two motors on each axle making it an AWD sedan. Fast-charging capabilities are also carried over as the 4S supports 800V charging setup.

As mentioned above, the 79.2kWh base version produces 530PS and the performance battery plus option adds the bigger 93.4kWh battery that produces 571PS. In contrast, the Taycan Turbo and Turbo S put out 670PS and 751PS respectively. Both the versions of the Taycan 4S can hit a top speed of 250kmph and sprint to the 100kmph mark from standstill in under 4.0 seconds.

The differentiating bits on the Taycan 4S include 19-inch wheels and slightly different front and rear bumper design and side sills. The cabin design and layout are also retained and the 4S gets the curved instrument cluster along with a plethora of other displays. Porsche offers a partial leather as standard while there is also an option for a leather-free interior. Other trick features include PASM (Porsche Active Suspension Management), air suspension, and Porsche 4D chassis control.

Order books are now open with the deliveries claimed to begin from January 2020 in Europe. Meanwhile, closer to home, we know that Porsche will bring the Taycan. With its affordable price tag of $103,800 (Rs 74 lakh, excluding taxes), we can't help but speculate that Porsche might most likely bring in the Taycan 4S to India. That said, we expect Stuttgart to debut the Taycan in India by March 2020.